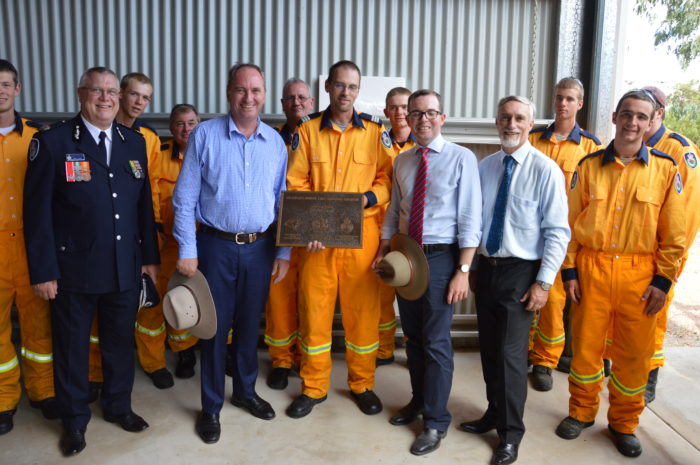 THE small community of Elsmore, near Inverell, has received a huge boost to its firefighting capacity with the opening of a new and expanded Rural Fire Service (RFS) station.

The new two-bay station is equiped with full amenities, brigade training room and a kitchen, all a far-cry from the basic facilities in the previous station, which could barely fit the brigades tankers and equipment.

Mr Marshall said the growing number of Elsmore RFS volunteers were in desperate need of a new station.

“The brigade’s ranks have swelled in recent years and now boasts 37 volunteers who are regularly involved in training exercises, fighting grass fires in the district and attending motor vehicles accidents along the Gwydir Highway,” Mr Marshall said.

“The brigade outgrew its previous station and this new one has been built to accommodate future growth as well.

“Recently volunteers battled a rubbish tip and house fire in conjunction with neighbouring brigades. Despite the heat, fatigue and stress, each time they’ve shown tremendous professionalism and dedication.

“I trust this new and upgraded facility will give the Elsmore brigade further room to grow and in much improved comfort.

“These men and women dedicate themselves to serving their community – protecting people and property – in times of trouble and we owe them our thanks and efforts to provide them with the very best equipment and facilities to keep them safe and help them do their jobs.”