NEW SPORTING UNIFORMS ON THE WAY FOR MOREE SECONDARY COLLEGE 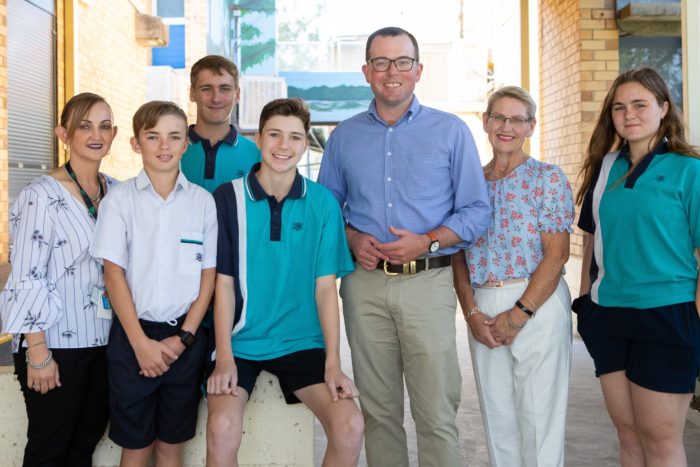 Mr Marshall said the school had put in the hard yards to strengthen its public image and its important students see themselves as one united team, not individual campuses.

“It’s been nearly 18 years since Moree Technical and Courallie High Schools combined to make Moree Secondary College and to this day many students are still competing in uniforms which display the old school logos,” Mr Marshall said.

“Following the overwhelming success of students across a range of sports this year the P&C Association has been working to raise funds to purchase new uniforms for its rugby league and union, soccer and league teams to replace those which are more than 20 years old.

“I’m pleased the State Government has been able to provide this $5,000 grant though its drought assistance funding to kick off the fundraising campaign.”

Mr Marshall said he looked forward to seeing MSC bring home the glory in their new uniforms next year.

“There’s nothing which inspires a young athlete more than running out onto the field with their mates, wearing the colours and moto of their school,” Mr Marshall said.

“MSC’s executive has indicated it is also looking to purchase new sports uniforms and equipment in 2020, which I expect will provide an added moral boost to the school community.

“Whether its cricket, netball, rugby league, tennis or athletics MSC has some exceptionally talented students and I can’t wait to see them reach new heights next year.”