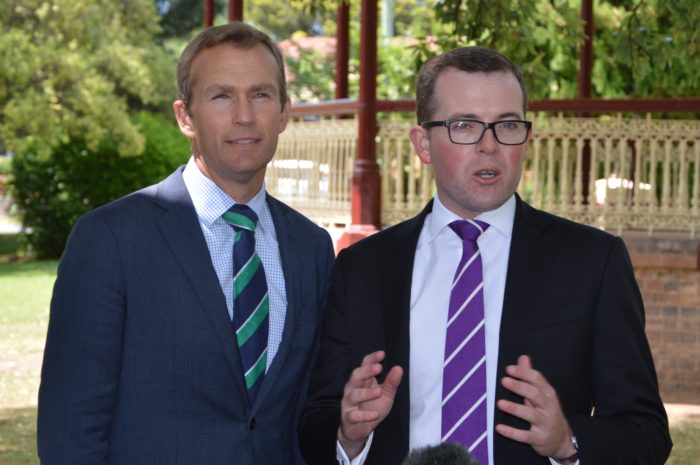 Mr Marshall, the MP for Northern Tablelands and Parliamentary Secretary for Northern NSW said the new framework would now guide all development of wind energy projects in NSW – and will encourage opportunities to harness clean energy, and ensure the interests of local communities are taken into account during project assessments.

The framework would address delays in assessments for wind energy projects, which on average had taken more than 1000 days to be determined.

“There needs to be a balance and this sets out clear rules plainly at the start of any development – the really successful projects are the ones that work in harmony with their community and the new planning processes are designed to be as short as possible within that framework and that philosophy,” Mr Marshall said.

He was speaking after Planning Minister Rob Stokes launched the Wind Farm Framework in Armidale, telling media the guidelines policy will benefit everyone involved when new wind energy projects are planned.

“Energy projects are a really important way to boost regional jobs and investment, but we also need to carefully manage impacts on nearby residents,” Mr Stokes said.

“This new framework will give clear guidance to industry, and establish processes to identify potential issues early, which will promote better project design.”
Mr Marshall said wind energy was an important part of our future energy mix, and projects needed a robust and effective planning process.

“This new framework will provide greater clarity, consistency and transparency for industry and the community regarding both assessment and decision-making on wind energy projects,” Mr Marshall said.

It encouraged developers to work with communities but in other areas and other projects there had been controversy and protests, and a lot of community polarisation, generally over noise and visual amenity issues.

Mr Marshall said the key was to have a balance of views and a community that wanted investment and jobs – and he singled out the northern region has being a leading region now in Australia for renewable energy capital projects, both in wind farm and solar developments.

“There’s something like $1Billion worth of capital investment in the Glen Innes area alone right now – but on a wider scale, across the New England and North West region, we have nearly $2Billion in wind and solar projects on the table and yet to be approved from Woolbrook and Armidale to Narrabri and Moree and down on the edge of the Liverpool Plains,” Mr Marshall said.

“These new energy projects – and what we are seeing now with the
White Rock and Sapphire wind farm developments is job creation and growth for these areas, not just in construction but ongoing employment in maintenance and second-phase development.

“This is truly regional diversification and for the first time in generations we are adopting new industries and providing for generations to come.”

The Wind Energy Framework has been finalised after going on public exhibition in August, and undergoing extensive consultation with community groups, industry, environmental groups, councils, other states and the National Wind Farm Commissioner.

Mr Marshall said almost 2,000 submissions had been received towards it.
It can be viewed at www.planning.nsw.gov.au/WindEnergyFramework