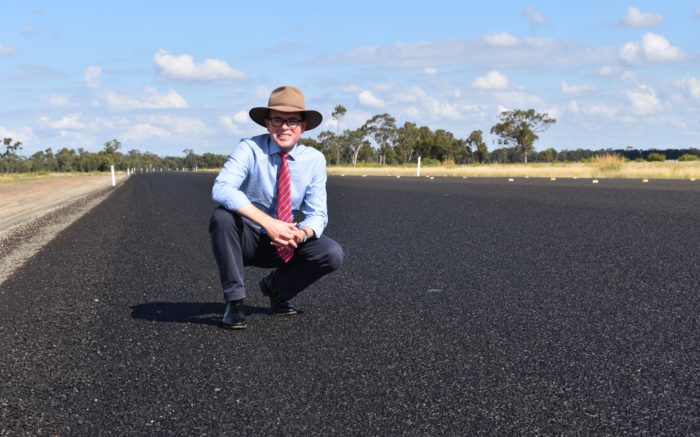 TRAVELLING along the Newell Highway in the Moree Plains Shire is becoming even safer with the completion of another overtaking lane, at Wallon Creek, about 30 kilometres north of Moree.

Mr Marshall said the new southbound overtaking lane was funded by the State Government under Restart NSW, the first project delivered under the $500 million package for the Newell Highway from the government’s poles and wires funding.

“The Newell Highway is the longest highway in NSW and a critical freight and transport route for our region and the state,” Mr Marshall said.

“This latest project brings the total number of new overtaking lanes built on the Newell Highway since April 2012 to 17 – six of which have been built in Moree Plains Shire.

“The total length of these overtaking lanes is 25.5 kilometres and these new passing opportunities will make it easier for trucks and cars to share the road and reduce the occurrence of unsafe overtaking manoeuvres.”

“Many of these new overtaking lanes are in the north of the state, where there is a large volume of heavy vehicles using the highway to move freight between Queensland and Victoria and regional centres in western NSW,” Mr Marshall said.

“More lanes will be added as part of the $80 million reconstruction of a 28-kilometre section of the Newell Highway, south of Boggabilla to Mungle Back Creek, which will get underway soon.”