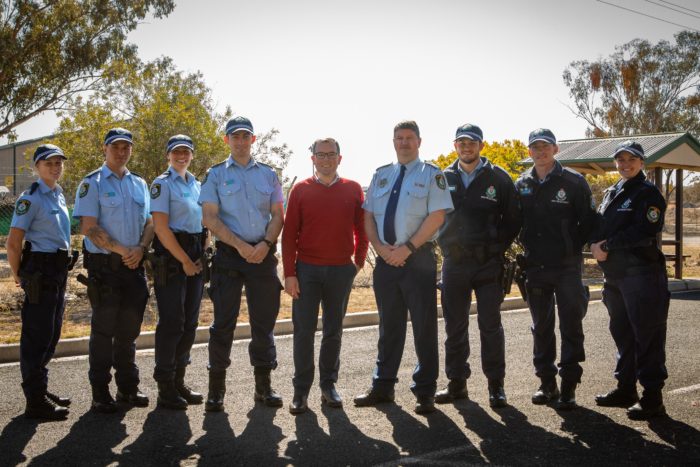 NINE additional police officers will arrive in the region next week, just in time for the busy Christmas period, with Member for Northern Tablelands Adam Marshall today welcoming the newly graduated officers from the Goulburn Police Academy’s Class 339.

The new Probationary Constables will report for duty for the first time on Monday, with four of the officers to be stationed at Moree, two at Inverell and Armidale and one at Glen Innes Police Stations.

The nine new arrivals takes to 36 the number of new police officers the Northern Tablelands has received since the beginning of last year.

Mr Marshall, who will meet the new officers on Monday morning in Inverell, congratulated the new Probationary Constables on their graduation and thanked them for their commitment to preventing and disrupting crime.

“As we enter the busy summer months these new officers will be an added boost to police resources across the electorate,” Mr Marshall said.

“The new recruits will be wonderful additions to the local police ‘family’ and it’s great to know they will be very supported by their fellow officers as well as a growing group of young officers who have arrived over the past 18 months,” Mr Marshall said.

“We’re stepping up the numbers of police in this region and importantly, the visibility of police, to help prevent crime, not just apprehend those who perpetrate it.

“To secure 36 new officers in less than two years is an enormous boost to the police ranks in our region and has contributed to falling crime rates across many communities.

“Policing can be an extremely challenging profession but with the training they’ve received from the academy and from what they’ll learn in their local commands they’ll be adequately prepared to step into this important role.

“If you happen to see our newest officers, please stop, say g’day and welcome them to our region.”

Class 339 included 269 students – 182 policemen and 93 policewomen – who will complete 12 months on-the-job training and study of the Associate Degree in Policing Practice by distance education with Charles Sturt University before being confirmed to the rank of constable.

The State Government has committed to fortify the force into the future with the investment of more than $583 million over four years to deliver 1,500 extra police across the State.