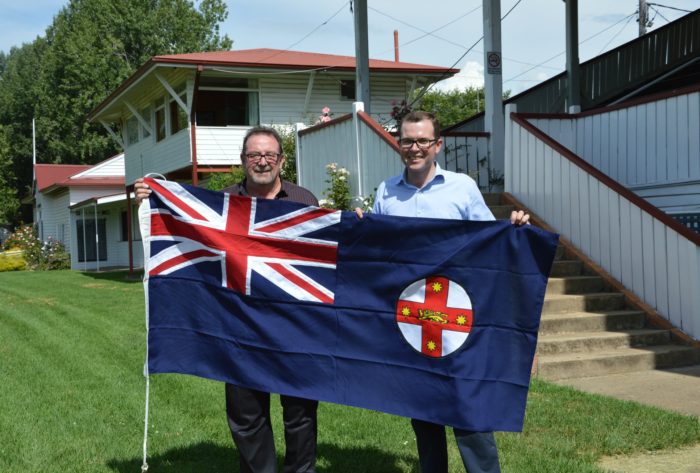 THE grounds are green, the horses shod and the lambs are looking their best – a couple of days out, the Glen Innes Show is raring to go. The three-day show boasts event as diverse as pet costume shows and chainsaw chops, thankfully kept well apart.

Member for Northern Tablelands Adam Marshall says the event is always in his calendar – for its variety and constant fun.

“Whether it’s the delicious local food, decorative horticulture, bull shows or a showgirl competition, there really is something for everyone,” he said. “There’s always something new to see – and for this to be borne out entirely by a group of volunteers is extraordinary.

The Glen Innes Show is a true testament to the broad culture of the area. Nearly a hundred committee members work tirelessly throughout the year to craft this brilliant and meticulously planned event. On Friday all their hard work will pay off.”

This year, the show has the honour of hosting the NSW Governor David Hurley, who will perform the official opening the show.

Governor Hurley says a passion for agriculture has him excited for the opening.

“The Glen Innes Show has brought the community together for almost 150 years and is one of the best-known agricultural shows in New South Wales. I’m honoured to be opening such an important community event,” Governor Hurley said.

“As a primary producer – a proud amateur beekeeper who has entered Government House honey in Sydney’s Royal Easter Show – I am especially looking forward to the Apiculture section, among the Show’s agricultural and pastoral exhibits and demonstrations.”

In addition to good planning, organisers have also had a fair deal of luck. Chance rain after fertilising has ensured the grounds are a verdant green to befit the Scottish Highlands.

The Glen Innes Show opens this Friday, 17 February, and runs through to Sunday evening.