NOW IS THE TIME TO ACT ON MALPAS DAM WALL RAISING: MARSHALL 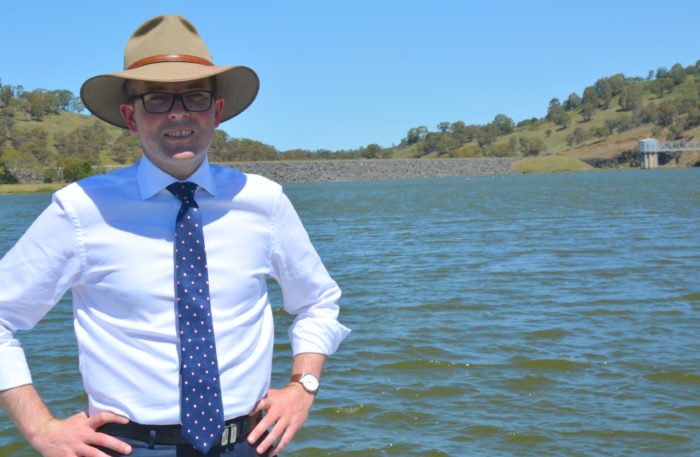 NORTHERN Tablelands MP Adam Marshall has used a speech on the floor of State Parliament to highlight the need for Armidale Regional Council to expedite planning work for the raising of the Malpas Dam wall, the region’s key water supply, to more than double its capacity.

Mr Marshall said if any lesson had been learned from the drought, it is that immediate action was needed to ensure water security for Armidale, Guyra and surrounding communities.

“We do not have to build a new dam, if we lift the existing dam wall by 6.5 metres, as some of the early scoping studies have shown, then we can gain an extra 16 or 17 gigalitres – more than doubling the existing 13 gigalitre capacity,” Mr Marshall said.

“Recently, I met with Armidale Regional Council Mayor Ian Tiley and General Manager James Roncon to impress upon them the critical importance of this project in ensuring the economic and social viability of communities in the region.

“At the moment a yield study is being conducted by council and by the water division within the Department of Planning, Industry and Environment (DPIE).

“The State Government provided funds to council, which allowed it and DPIE, to establish the Malpas Dam upgrade road map. This outlines six key steps, from last year to 2024, to achieve the augmentation or expansion of the dam.

“That said, we cannot afford to wait another four or five years – we must act now while momentum is with us. The issue of water security is far too important to drag our feet.

“A Malpas Dam with more than double its current capacity has to be the legacy we leave the next generation to withstand future droughts and allow the region to grow.”

Mr Marshall has invited Water Minister Melinda Pavey to join him in Armidale soon, to meet with council and see for herself the preliminary designs, plans and costings.

“I’ve had the Deputy Premier at the dam on two occasions and now I want the Water Minister to understand the need and the potential benefits of this project,” he said.

“Council estimates the project could cost between $90 million and $95 million and I’m more than willing to do what I’ve always done and lobby government to secure these capital funds, but first we need to see the final plans and costings.

“The cost of doing nothing at Malpas Dam is far too great for our region.

“We must act, we must lift the dam wall and we must ensure water certainty and security for our communities now and well into the future.

“The project is now at a critical juncture and we cannot afford to take our foot off the accelerator.

“I impressed upon the Mayor and General Manager the importance of that point and I eagerly await the finalised plans from the council so that I can get cracking on securing the funding necessary to get construction underway.”