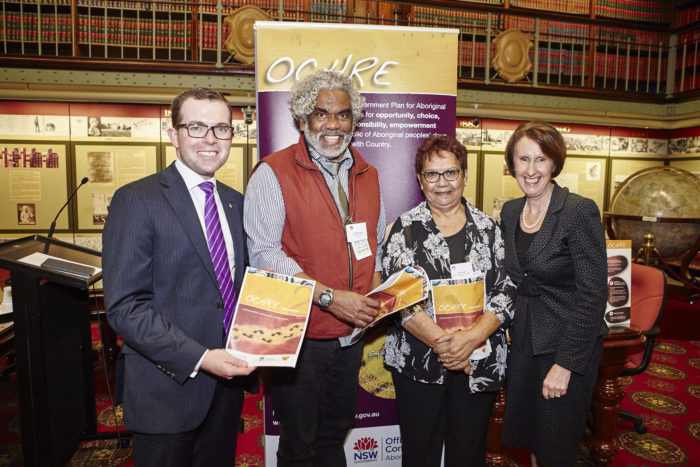 MEMBER for Northern Tablelands Adam Marshall has welcomed the public release of a progress report on the NSW Government’s plan for Aboriginal Affairs – OCHRE: Two Years On.

Mr Marshall attended the launch of the progress report in State Parliament late last week, along with the some of the region’s Aboriginal leaders.

“At the launch I had a chance to discuss the progress of the Northern Region Aboriginal Alliance (NRAA) Local Decision Making with local representatives Michael Brogan and Jean Hands.

“NRAA are successfully building and strengthening their governance including their rules, membership, leadership, and decision making processes, and are identifying priorities for our region.

“OCHRE is a significant departure from previous approaches. For the first time, Local Decision Making alliances have the power to direct government services to areas of need.

“Two years on, the success of OCHRE relies on the NSW Government listening, responding and working with local communities.”

The OCHRE plan covers a number of areas including employment, education and other government services. Across the State 3,769 students are learning an Aboriginal language; this is the first time the NSW Government has measured the uptake of Aboriginal Languages by school students.

A copy of the report is available at www.aboriginalaffairs.nsw.gov.au