PUBLIC CAN NOW REPORT ILLEGAL DUMPING AT CLICK OF A BUTTON 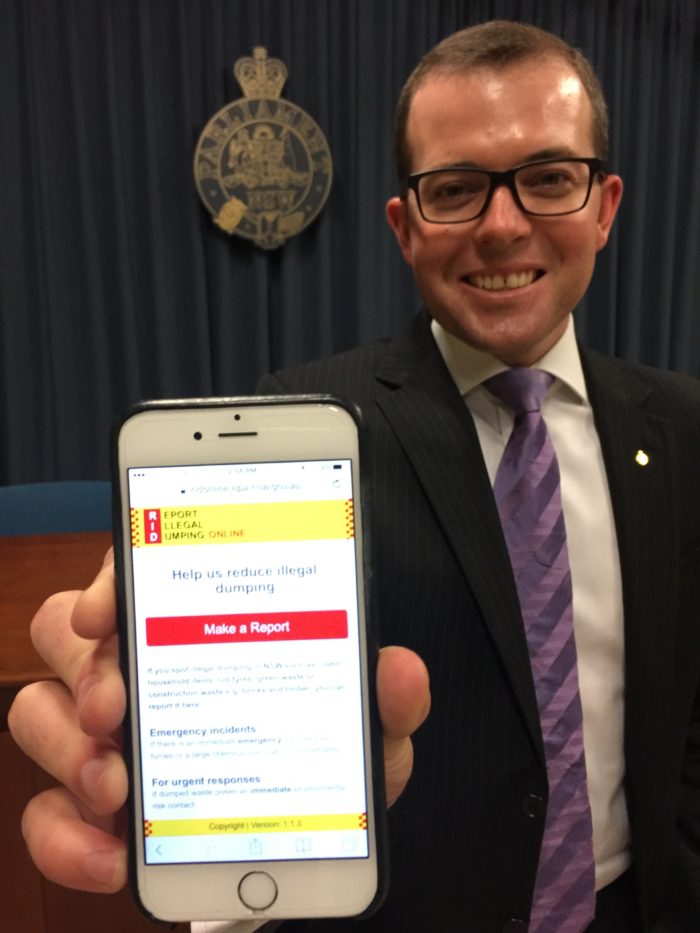 Mr Marshall said people could report the type of waste, and its GPS location and, upload photos, once they had registered on RIDonline (Report Illegal Dumping).

“The information people provide can lead to fines or clean-up notices being issued, which will help curb this unsightly problem in our community.

“RIDonline will also help the EPA and councils build a clearer picture of illegal dumping trends across the state.”

Mr Marshall said the portal opened to the EPA, councils, RID squads and public land managers in September. Now it is open for any member of the public to use.

“Since then more than 5,500 reports involving more than 20,000 tonnes of illegally dumped waste across more than 70 local government areas have been reported on the portal,” he said.

“Similarly, the EPA received almost 12,000 reports of littering from vehicles on the Report to EPA portal and subsequently issued more than 6,500 fines since April.

“The government has allocated $58 million over five years to tackle illegal dumping as part of the $465.7 million Waste Less Recycle More initiative.”