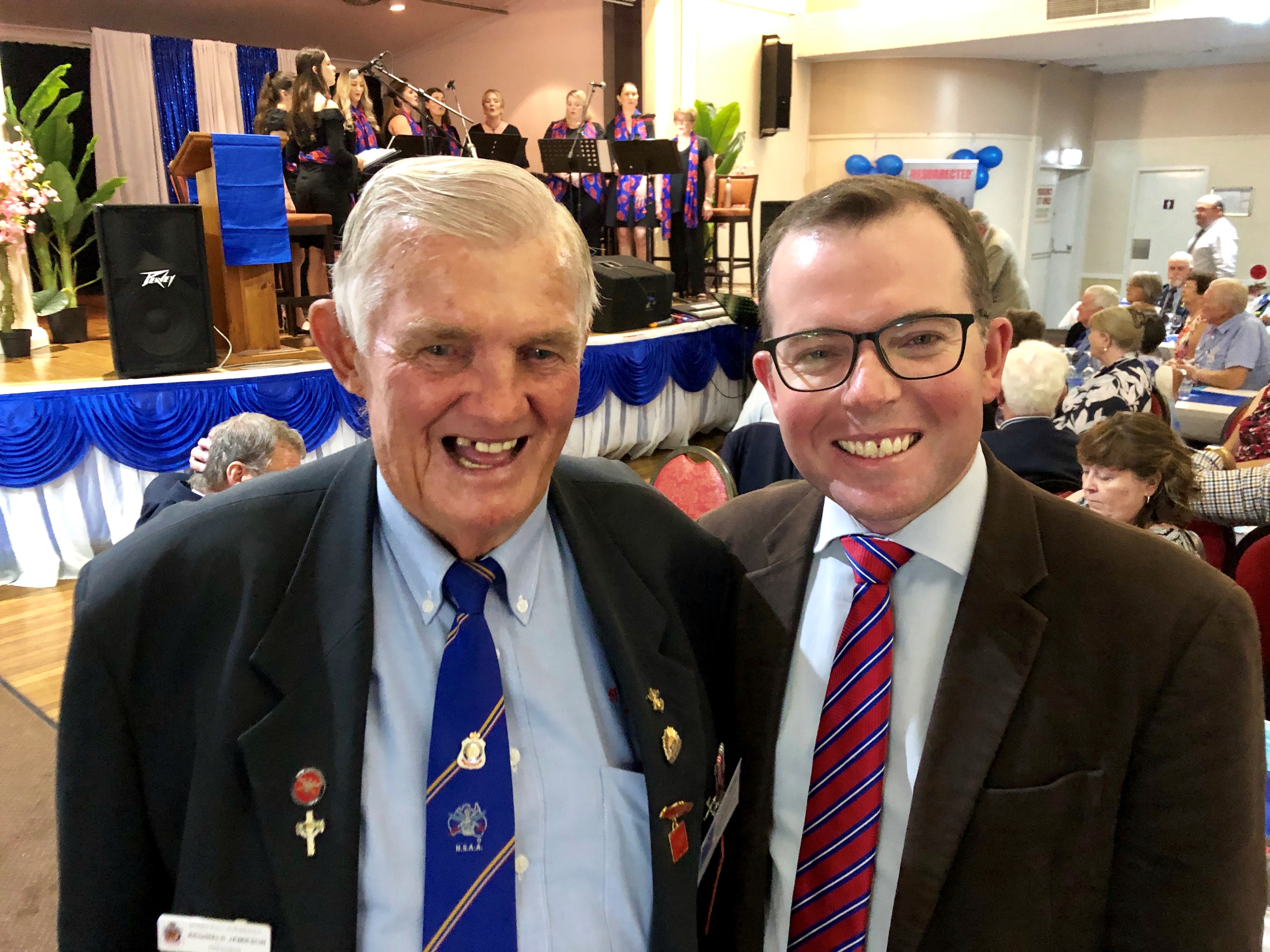 Northern Tablelands MP Adam Marshall with Reg Jamieson who was the recipient of the Medal of the Order of Australia (OAM) in the General Division, for his service to the Moree community.

Moree’s Reg Jamieson and the late Alf Scott have been honoured as recipients of the Medal of the Order of Australia (OAM) in the General Division, both for their service to the Moree community.

Mr Scott passed away recently after close of 70 years’ involvement in sports administration in Moree, primarily with the Moree Board Rugby League Football Club.

Mr Jamieson has been heavily involved in the veterans’ community serving in numerous leadership roles with the RSL and National Servicemen’s Association, of which he is currently the North Western Sub-Branch President.

Uralla Fire & Rescue Deputy Captain Kerri Wallace has been awarded the Australian Fire Service Medal (AFSM) for her leadership in developing and maintaining the capability of the Uralla Fire Brigade.

Former Inverell RSL Sub-branch President Pat McMahon will receive the Conspicuous Service Medal (CSM) for his pivotal role in the rescue of an injured fisherman from a Japanese trawler off the coat of Brisbane in August 1991, while serving in the Royal Australian Air Force as the Senior Loadmaster on a Blackhawk Helicopter.

“These awards are an official recognition of the outstanding contributions these citizens have made to their respective communities and these honours are a testament of what a priceless value they have given so selflessly to so many others,” Mr Marshall said.

“We are very fortunate to have them and our communities, and the various groups, organisations and causes they have supported are richer for their work, most of it voluntary.

“For many of them there’s been recognition through other awards and civic honours over the years, but this is a national honour they can take tremendous pride in and we can celebrate as well.”

“To be acknowledged in the Honours List is one of the highest individual acknowledgements of service to our community. They have been such positive influences and I’m delighted they have been honoured in this way. We owe them a huge debt of gratitude.”