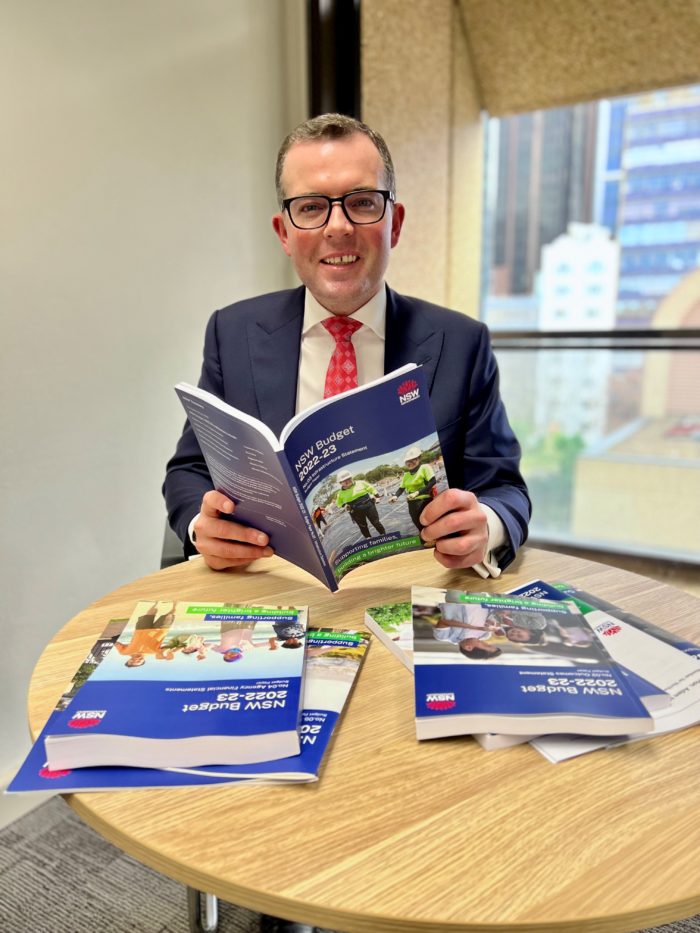 FOR the first time in the electorate’s history more than half-a-billion dollars has been allocated in an NSW Budget for projects in the Northern Tablelands, with an expansion of Malpas Dam near Armidale, new hospitals in Moree and Glen Innes, rebuilding the Armidale Kempsey Road and construction of the Moree Special Activation Precinct headlining a record spending blitz in the 2022-23 financial year.

The incredible capital spend of more than $636,526,000 over the next 12 months is almost double that of last year’s record budget (a 45 per cent increase), which saw a mega investment of $349.52 million in the electorate.

An ecstatic Member for Northern Tablelands Adam Marshall said the delivery of today’s budget progressed the region’s vision for a COVID-19 economic recovery.

“I’m literally pinching myself, that after four consecutive record budgets, this incredible level of expenditure has been almost doubled and delivered for the people of our region,” Mr Marshall said.

“This budget propels us on the path to a much more resilient region, building the water infrastructure, hospitals, roads and public facilities that will strengthen our economy for generations to come.

“The funding allocations to increase our health workforce and boost the number of emergency service boots on the ground will go towards ensuring the health and safety of our communities too.

“I’m thrilled to see the full $27 million delivered for the raising of the Malpas Dam wall, which will help to mitigate the impact of future droughts on Armidale and Guyra and provide water security.

“Allocations for the Moree and Glen Innes Hospital redevelopments will mean construction can begin early next year.

“Today’s outcome is the result of our proactive local councils and their communities, working together to lobby government for a fair slice of the funding pie.

“This budget really recognises the heavy lifting local businesses and households have done during the pandemic to keep our State open and working.

“Full credit goes to the community, they have earned this result today.”

Local councils in the electorate will also have the pressure eased on their contribution to road works with almost $41 million to be provided through grants for maintenance and upgrades. This surpasses last year’s Budget allocation of $32 million.

There will be $188 million in new roads and bridges funding for the Northern Tablelands, an increase on last year’s record allocation of $140.2 million.

More than 3,400 patients in the Northern Tablelands will benefit from the addition of $149 million for the Isolated Patients Travel and Accommodation Scheme (IPTAAS). The rebate will almost double from 22 cents to 40 cents per kilometre for patients who drive in their car more than 100 kilometres for treatment.

Armidale, Glen Innes and Inverell will be amongst some of the first communities in the State to receive new, modern accommodation units for healthcare workers, with the State Government committing $75 million to increase regional housing options.

The establishment of the $5 billion Affordable and Accessible Childcare and Economic Participation Fund, will save middle income living in regional NSW with two children in childcare is expected to save around $7,800. The fund will provide grants to childcare providers to expand infrastructure, establish new centres and trial new models of delivery.

Paid Parental Leave will be extended to 14 weeks for all public service workers, including nurses, to encourage shared child caring responsibilities.

The new Back to School program will provide families with a $150 subsidy for each child who attends a primary or secondary school in NSW in 2023. Parents will access the program via Service NSW.

Another $1.3 billion will be added to the Regional Growth Fund, allowing for a fifth round of the highly successful and popular Stronger Country Communities Fund (SCCF) to be delivered this calendar year.

“This record $636 million budget will help move our region forward – we deserve every single cent – and I’ll ensure we keep that momentum going across the next 12 months and hopefully beyond,” Mr Marshall said.

Some of the budget highlights for the Northern Tablelands include: