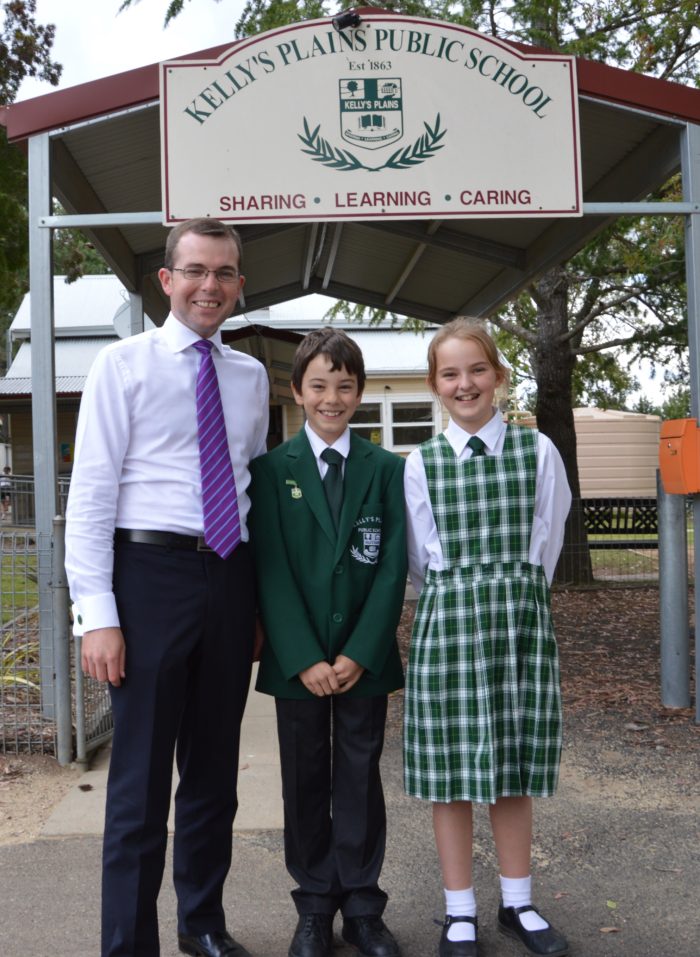 On a visit to the school last week, Mr Marshall inspected the facilities and said he was pleased to see the NSW Government’s capital works program was targeting areas of need.

“This upgrade will help improve the amenities block, providing the students and staff with a more comfortable, modern facility,” Mr Marshall said.

“It’s a very old building that no longer meets the needs of the school and has been a priority of the school community for a long time.

“Since 2011, the NSW Government has committed almost $3.2 billion to school infrastructure and maintenance, announced 18 new and relocated shcools, and 44 major school upgrades.

“I’m delighted to say that during this period, more $51 million has been committed to improve shools in the Northern Tablelands electorate, including a $1.1 million revamp of Glen Innes High School announced recently.”

“These projects will deliver over 10,084 net additional public school places for schools across the State,” he said.

“The NSW Government is determined to provide the best learning environments possible in our schools.”