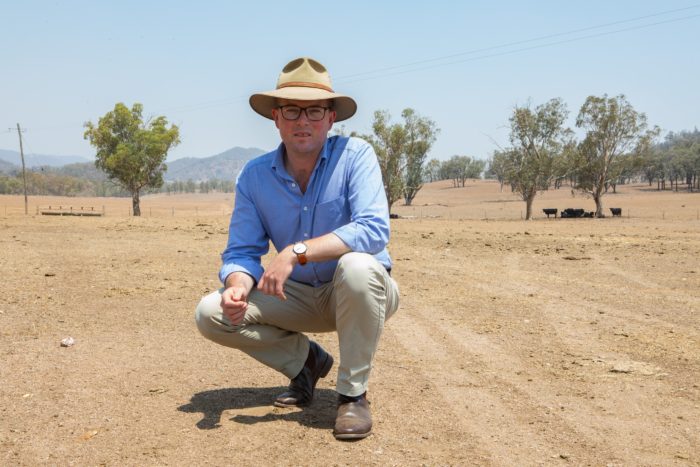 NORTHERN Tablelands MP and Minister for Agriculture Adam Marshall has today congratulated the six new board members who have been elected to represent the region’s primary producers through the Northern Tablelands and North West Local Lands Services (LLS).

Mr Marshall said the new representatives would play a pivotal role in aiding the region’s agricultural sector to rebuild, after what has been a challenging time for farmers and landholders.

“Following the double whammy of drought and bushfire there is no denying the past couple of years have been some of the most difficult farmers and communities across our region have ever experienced,” Mr Marshall said.

“LLS has proved vital in the response to both these disasters by offering on the ground support and local knowledge to farmers when they needed it most.

“Each board has three elected members and I’m incredibly impressed by the level of experience each of these people brings to their role.

“While each of the elected North West LLS board members has had previous experience in the role, including Croppa Creek and Crooble farmer Geoff Cruikshank, Burren Junction grazier Annie McMahon and semi-retired property manager Keith Harris from Tamworth.

“Now more than ever, it is critical we have dedicated local board members working with their communities to help identify and deliver key services for our farmers and rural landholders.”

“LLS Boards are the link between the agency and its offices and the community. Local boards help provide strategic guidance to LLS and help shape the work that LLS officers undertake,” he said.

“With members from all walks of like, these boards reflect the wealth of expertise, skills and experience in rural NSW, which is something we should be proud of.”

Across the State 34 new elected members have joined the 11 Local Land Services (LLS) regional boards, with 45 per cent of all board members women. This reflects a concerted effort to increase diversity on all LLS boards.

To see the full list of the 78 board members, or to find out about the services LLS offers, visit the website www.lls.nsw.gov.au

Jane Mactier
Jane owns and manages Tenterden Station with her family, a beef and sheep property between Guyra and Inverell. In addition, Jane has a background as a livestock veterinarian and environmental scientist. She is particularly interested in agricultural production and biosecurity parts of the Local Land Services business. Jane is an active member of the Guyra community with involvement in various community groups and initiatives. This is Jane’s first term on the Northern Tablelands LLS Board.

Scott Kermode
Scott lives in Walcha and works as a self-employed rural contractor. He has a background in agriculture and previously owned and managed a grazing and cropping farm for over 30 years. Scott has extensive experience in leadership roles for a range of organisations in his community including the Walcha Council. This is Scott’s first term on the Northern Tablelands LLS board.

Bill O’Halloran
Bill is from Invergowrie and has previous board experience on Local Land Services’ predecessor organisations. He is a former District Sheep and Wool Officer and was the NSW Department of Primary Industries’ state Sheepmeats Industry Leader and state project leader for NLIS (Sheep & Goats). William is an engaged member of the NSW Farmers Association with a passion for animal health, agricultural production and biosecurity. This is Bill’s first term on the Northern Tablelands LLS board.

Keith Harris
Keith is semi-retired and lives near Tamworth. He now owns his own property after a long career in corporate agriculture. He managed many properties in NSW, including Cowl Cowl and Gundaline Stations in the Riverina to Windy Station and Milchengowrie on the Liverpool Plains. Keith has a long history of representing farmers on various organisations and committees. This is Keith’s second term on the North West LLS Board.

Geoff Cruikshank
Geoff runs a mixed farming family property north-east of Moree in the Croppa Creek/Crooble area and has lived in the district all his life. Geoff has more than 12 years of experience in Local Land Services’ predecessor organisations and is actively involved in a number of community groups and initiatives in the North West. He is an occasional user of travelling stock reserves and understands the immense value of the TSR network managed by Local Land Services. This is Geoff’s second term on the North West LLS Board.

Annie McMahon
Annie is a nurse and midwife who has been an active partner in a successful farming and grazing business near Burren Junction for more than 30 years. Annie has extensive experience as a manager and leader in rural, regional and remote public health services from Townsville to Dubbo and places in between. She is currently a councillor on Narrabri Shire Council and is a strong advocate for rural NSW. This is Annie’s second term on the North West LLS Board.