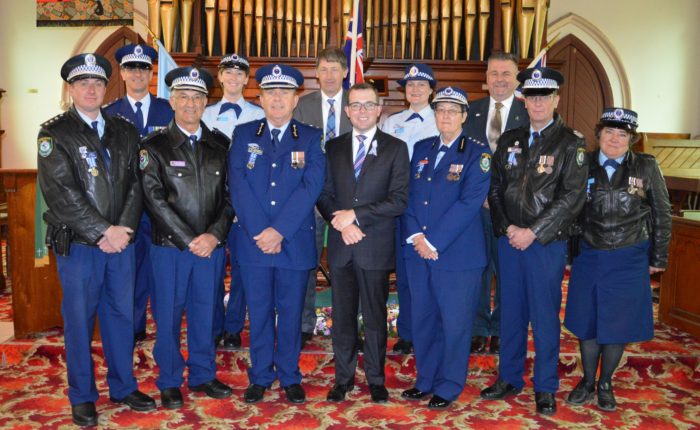 MEMBER for Northern Tablelands Adam Marshall today joined with local Police, Mayors and community leaders from across the region in commemorating National Police Remembrance Day at a special service in Armidale’s Uniting Church.

“Police Remembrance Day is our opportunity to honour the sacrifices made by the members of the NSW Police Force,” Mr Marshall said.

“These brave men and women put their lives on the frontline every day for the protection of our own.

“Police officers confront some of the most dangerous and challenging situations imaginable to ensure the safety of our local communities.”

Since 1862, 254 NSW police have officers have lost their lives while protecting the lives and property of others.

“May we never forget the sacrifices made by the brave men and women of the NSW Police Force and our own dedicated and community-focussed officers here in the Northern Tablelands,” he said.

“If you see a police officer today, say thank you to them. Not only do they deserve our respect and praise but it will also be warmly received.”