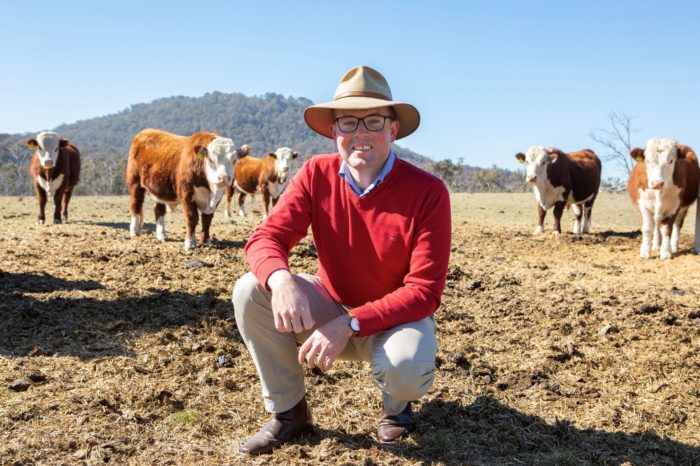 FARMERS and their families across the State may soon have the strongest protections against illegal farm trespass in the country, with the historic Right to Farm Bill 2019 moving a step closer to becoming law, Northern Tablelands MP and Minister for Agriculture Adam Marshall said today.

Mr Marshall said the Bill, which introduces the toughest penalties for illegal farm trespass activities in Australia and protections against nuisance claims, would be considered by the NSW Legislative Council this week after being voted through State Parliament’s lower house last week.

“We are now on the cusp of an historic moment for farmers around our State and the agricultural sector,” Mr Marshall said.

“Not only does this Bill introduce the toughest suite of trespass laws in Australia, it is also the first time that a farmer’s right to farm will be embedded in our laws, protecting farmers from vexatious and often simply ridiculous nuisance claims.

“We are delivering on our election commitment to step up and protect farmers from vegan vigilantes, illegal hunters and extremist activities that are designed to alienate farmers from those that live in the city, damaging our farmers and confusing consumers.

“The significance of this Bill cannot be overstated the farming community. Other industries for decades have enjoyed specific protections and legislative defenses in our laws and yet farmers have been consistently overlooked. No longer will this be the case.

“Farmers are the backbone of NSW. It is not just a private business, or an industry that hums along somewhere over the ranges. Farming provides the food and fibre we rely on to feed not just people in NSW and Australia, but NSW farmers provide sustenance and produce to people right around the world.

“Consumers demand the best in agriculture and this is precisely what NSW farming families deliver. Enshrining their significance in law and imbedding in our statute books an inalienable right to farm is in everyone’s best interests.”

“I’m incredibly proud to be the Minister for Agriculture finally bringing legal recognition to the importance of farmers to our State, and the importance of letting them get on with the job of doing what they do best – farming,” Mr Marshall said.

The Right to Farm Bill 2019 passed the Legislative Assembly last week with the support of the Liberals & Nationals, Shooters, Fishers and Farmers as well as independent representatives Greg Piper and Dr Joe McGirr. It was opposed by Labor and the Greens.