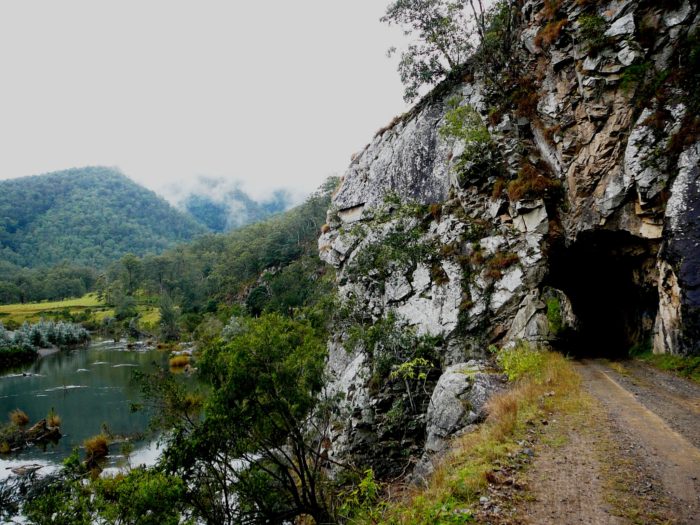 THE old Glen Innes Highway may not attract much traffic any more – but it could soon drive visitors to the region, with a photo of capturing its stunning natural beauty a winner in the ‘What I Love About Holidays in NSW’ campaign.

Northern Tablelands MP and Tourism Minister Adam Marshall said the stunning image, shot at the Old Glen Innes Highway, was one of more than 16,000 submissions in the campaign being run by the NSW Government’s tourism and major events agency, Destination NSW.

The image, taken by Gayle Wyborn, is a shot capturing the highway snaking through Glen Innes’ characteristic cliffs and lush forest.

“This image perfectly captures what I love about the Northern Tablelands – the incredible natural beauty of trees forcing their way through boulders – while the old highway showcases the determination of locals, digging their way through a cliff to get from the coast to inland NSW.” Mr Marshall said.

“It’s a testament to the beauty of the region and to the incredible way we’ve harnessed it – and I’m sure that the stunning picture will help us attract visitors to Glen Innes and the Northern Tablelands.”

The photo is one of four images selected as a winning entry in the ‘What I Love About Holidays in NSW’ campaign. Another four video entries were also crowned winners. All eight winners will receive a Canon camera worth almost $1,000.

“With 16,000 entries, there was some stiff competition – but I’m proud that it’s a photo from our region that came out on top,” Mr Marshall said.

The photo will now be featured in a series of eight short films, which will be curated by the NSW Government tourism and major events agency, Destination NSW.

Mr Marshall said the films would promote NSW as a holiday and short break destination, and will feature widely in online and social media channels as part of the final phase of the campaign.

“The exposure that will follow, in this last phase of the campaign, will be welcome news for tourism operators and businesses across the Northern Tablelands,” Mr Marshall said.

“The NSW Government is committed to ensuring the visitor economy in our rural and regional areas continues to grow, and that every part of NSW reaps the rewards of our record investment in the sector.”

In 2016 rural and regional NSW welcomed 58.9 million visitors, an increase of more than seven per cent on the year prior. Together, those visitors injected $15 billion into local regional economies across NSW, which again was up 5.8 per cent on 2015.

To view the winning images, videos and the final curated short films, go to www.visitnsw.com/ilovensw