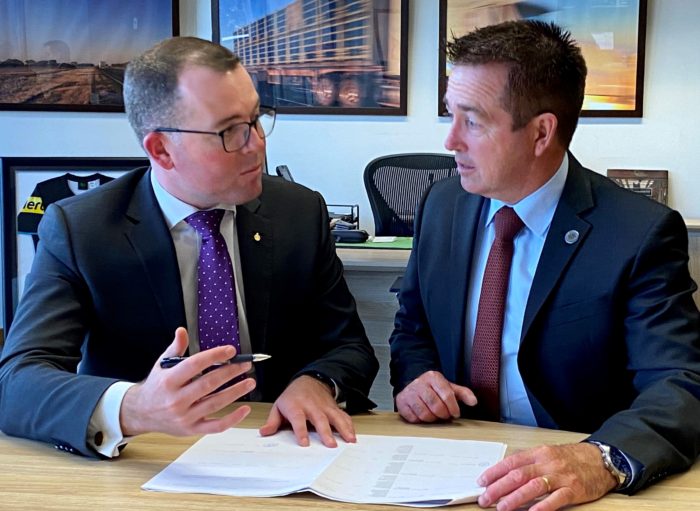 “I know the current state of Kempsey Road is causing a high level of stress for the Lower Creek residents, who rely on the road to access markets and services in Armidale,” Mr Marshall said.

“Unfortunately, the worst impacted area is the ‘Big Hill’ section, which council recently expended around $4.6 million of government funding to improve.

“The road has copped a double disaster whammy, with bushfires weakening the surface and recent heavy rain causing land slippages.

“Getting this road back to a usable standard is not going to be easy and I’m pleased Transport for NSW has acted quickly to provide geotechnical engineers who are helping council assess the damage, formulate a recovery plan and cost the scope of works.

“The State Government will cover the entire cost of repairing this damage and my hope is, through the Office of Emergency Management’s betterment funding arrangement, funding can be accessed to improve the road to a higher standard than it was prior to the recent disaster.

“This could include sealing the entire length.”

Mr Marshall said he expected the process to have Kempsey Road transferred from council hands to the ownership of the State Government would begin in around 12 months.

“I sought and received formal confirmation from Minister Toole that the election commitment I made would be honoured,” he said.

“Kempsey Road will be taken back by the State Government as part of a wider election commitment to transfer up to 15,000 kilometres of council-owned roads across the State.

“An Independent Panel has been established to oversee this process and will deliver a priority list of roads for consideration by the end of this year, this list will include Kempsey Road within the Armidale Regional LGA.

“While this road remains in council’s hands I will continue to work with the government to ensure more funding for maintenance and upgrades is available for this important route.”