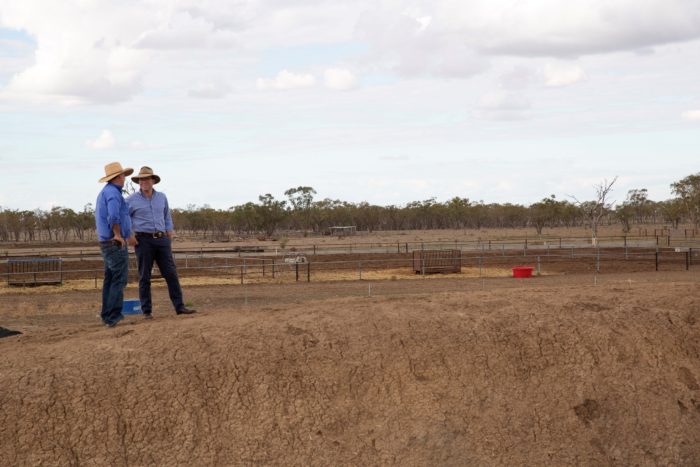 AFTER travelling hundreds of kilometres and visiting country towns from Broken Hill to Walgett on an official drought listening tour last night, Minister for Agriculture Adam Marshall has today said more must be done to support farmers through one of the worst droughts in living memory.

“Last week I travelled around the State talking to country communities and farmers who’ve been doing it tough battling one of the worst droughts NSW has ever seen,” Mr Marshall said.

“My takeaway from this week has been simple – it’s time for more support.

“While the sheer resilience and determination of our farmers has stood out to me on this trip, the unrelenting drought is taking its toll.

“Farmers are once again faced with tough decisions just to get through the year while rural townships are also confronting a drop in economic activity, with many local businesses struggling to stay afloat.

“The NSW Government has already provided $1.5 billion in drought support measures, which has allowed many farmers to purchase fodder and make on-farm improvements to drought-proof their property.

“Many of the farmers I visited this week have benefitted from these measures and said they’ve provided some much needed reprieve.

“But as drought conditions persist there is a need for the NSW Government to step in and do more.

“That’s why I’ll be working with the Premier, Deputy Premier and other relevant ministers to urgently deliver a new round of drought assistance measures.

“When our farmers and country communities hurt we all hurt. It’s time to redouble our efforts and stand shoulder to shoulder with our farmers.”