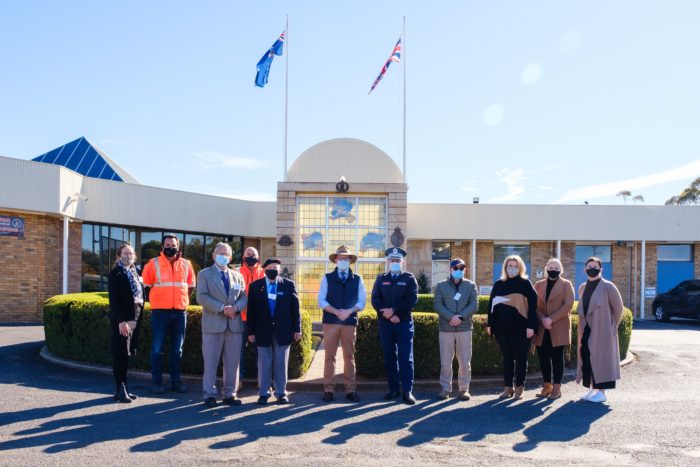 THE 70th anniversary of the National Servicemen’s Association of Australia (Nashos) is being celebrated in Moree this October, with Northern Tablelands MP Adam Marshall today announcing a $1,000 State Government grant to assist with hosting the commemorative event.

Mr Marshall said in a boost for the Moree visitor economy, more than 100 NASHO members were expected to roll into town for the reunion.

“With roots dating back to the Korean War, the Nashos organisation was established to support the 287,000 young Australian men who were called up for national service between 1951 (start of the Korean War) and 1972 (end of Vietnam War),” Mr Marshall said.

“Since 2017, Moree has had the privilege of hosting the annual reunion of NSW Nashos.

“2021 is a major anniversary for conscription in Australia, marking 70 years since the commencement of the countries third and 110 years since its first, National Service schemes.

“In order to recognise these important dates Moree RSL Sub-branch is hosting an anniversary commemoration, alongside the reunion.

“This grant will assist to cover costs associated with the event’s welcome dinner at the Moree Servicemen’s Club, and will support the purchase of stationery.

“The National Servicemen’s Association of Australia is an important institution which fights for the rights of veterans.

“I’m proud to have been able to support this year’s commemorations which will be beneficial for both former service personnel and Moree’s visitor economy.”

President of the North West Branch of the NSW Nashos Barry Fitzgerald said the three-day celebration would be an opportunity for veterans to reconnect, after what had been an isolating period with COVID-19.

“Moree RSL Sub-branch is committed to hosting the 70th anniversary this year and we have worked hard to come up with a COVIDSafe plan which will allow it to proceed,” Mr Fitzgerald said.

“The annual reunions are important for the mental health of Korean and Vietnam War veterans, as they provide a safe place for them and their families to commemorate.

“I hope by hosting the anniversary we are able to promote a greater understanding of the role National Service has played in Australia’s military history.

“I am thankful for the support which has been forthcoming from Adam and the community.”