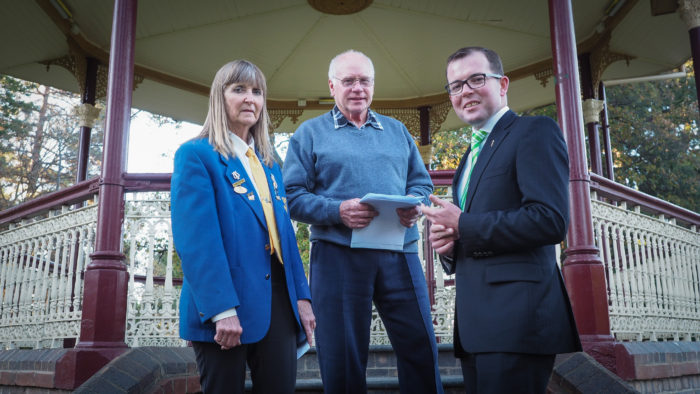 ARMIDALE City Band will reach out to young band musicians in northern NSW to support and encourage their musical efforts, after receiving a NSW Government Community Band Development Grant of $1,800.

“The sound of a city band is the sound of celebration in country NSW and it is encouraging that Armidale City Band is prepared to work to keep our bands marching,” said Northern Tablelands MP Adam Marshall.

“The band will use its funding to specifically cultivate young talent this region.

“After mentoring and a workshop, the aim is to bring the region’s young band musicians together in a regional youth concert.”

“There are band musicians out there who are isolated, and who would like to work more with a band,” he said.

“This is about supporting those people and bringing them into a community of band musicians.”

The alternative, Mr Peter said, is to stand by while more bands disappear.

Since he started playing in the 1960s, he has watched the Glen Innes, Guyra and Uralla brass bands fade away.

Mr Marshall said he was proud to support community bands which play a vital role in nurturing talented musicians across country NSW.