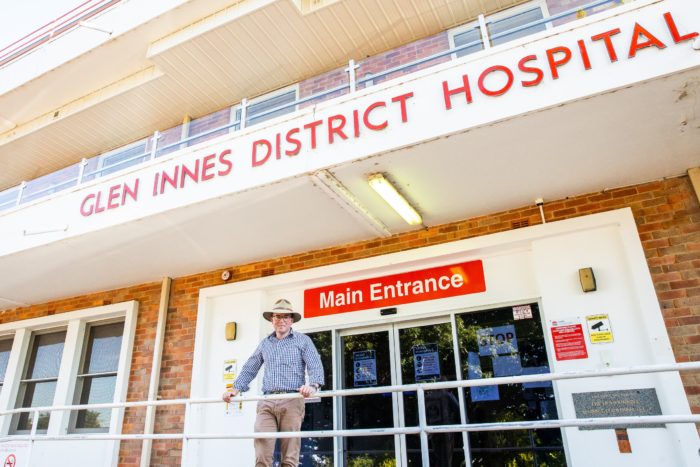 The redevelopment, which will provide a new hospital, improved health services and GP facilities for the Glen Innes community, is being led by NSW Health Infrastructure in conjunction with Hunter New England Health.

“As was the case with the Armidale and Inverell Hospital redevelopments, meticulous planning is being undertaken to ensure every dollar invested in this project reflects the current and future health needs of the Glen Innes community,” Mr Marshall said.

“Now the project team has been appointed, the project scope will be finalised and a Masterplan will be developed.

“Over the coming months the project team will continue consultation with key stakeholders to inform the project’s planning and design.

“There will be future opportunities for staff, clinicians and the broader community to have input on shaping the redevelopment as the project progresses.

“When the masterplan is finalised we’ll know exactly how much it will cost and whether there’s any variations to the already committed amounts, with the expectation a tranche of those funds will be available in next financial year’s budget.”

Mr Marshall added the Glen Innes Hospital’s draft clinical services plan, which projects changing demographics in the community and defines the health needs of the population, has been endorsed by the Office of the Minister for Health.

“As more information becomes available on this project, I’ll keep the community informed,” he said.