THINGS ABOUT TO GET A LOT LOUDER AT DELUNGRA RECREATION GROUNDS 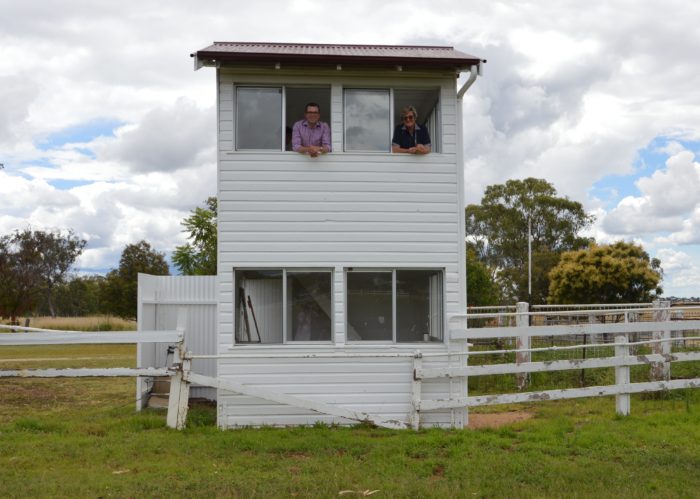 DELUNGRA Australian Stock Horse Border Branch members have been able to tick off another item on their wish list after receiving news from Northern Tablelands MP Adam Marshall they’d received a $4,647 grant to purchase a new public address system.

Mr Marshall said the branch had applied for a grant through the state government’s Community Building Partnership program and he was delighted they could now purchase their own system to use during the many various events held at the Delungra Recreation Ground.

“The Border Branch and the Delungra Yard Dog Trials Committee host several weekend-long events throughout the year, attracting a great number of visitors to the village,” Mr Marshall said.

“The two groups are working in partnership with the ground’s trustees to revitalise the community and part of this process involves ensuring they have the necessary equipment and infrastructure to run these events successfully.

“I’ve been more than pleased to be able champion their cause and am delighted they can now purchase this piece of equipment.”

While at the Delungra Recreation Grounds recently, Mr Marshall inspected the work being done on the new arena fence.

“Last year the trustees also received a Public Reserve Management Fund grant of $29,000 to renew the arena fence and I’m pleased to see it is well underway,” he said.

“It won’t be too long before it’s completed and that will make a big difference to the grounds and make these events a lot easier to run for the organisers.”

Mr Marshall said the community also hosted two campdrafts during the year which were big events and well supported by locals and visitors.

“The Zone 8 Pony Club holds regional schools here and they hope to have a cattle dog trial once the new fence it up,” Mr Marshall said.

“The reserve is a very important focal point for the local community and wider district.”