TRIPLE BOOST TO THE BLUE LINE FOR MOREE AND INVERELL 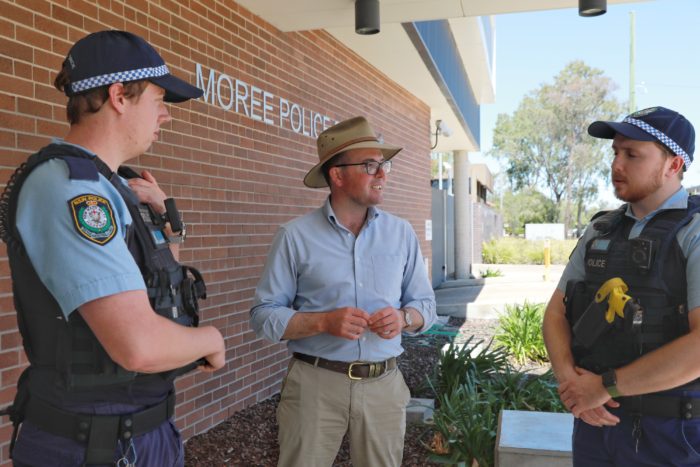 The Probationary Constables are from the Academy’s Class 343 and Mr Marshall said two officers would report to Inverell Police Station on Monday next week and one officer would boost numbers at the Moree Police Station on Tuesday.

The arrival of the three new recruits takes the number of new police officers the Northern Tablelands has secured since the beginning of last year to 48.

Mr Marshall congratulated the new Probationary Constables on their graduation and thanked them for their commitment to preventing and disrupting crime.

“I am always thrilled to be able to welcome new police officers to the New England Police District and I firstly congratulate them on their graduation,” Mr Marshall said.

“They will of course, be warmly welcomed into the local police ‘family’ and I have no doubt our communities in Moree and Inverell, will similarly roll out the welcome mat.

“We’re stepping up the numbers of police in this region and importantly, the visibility of police, to help prevent crime, not just apprehend those who perpetrate it.

“To secure 48 new officers in less than two years is an enormous boost to the police ranks in our region and has contributed to falling crime rates across many communities.”

“Throughout the COVID pandemic, frontline police officers have played an unprecedented role in protecting the community, putting their lives on the line to keep us safe every day,” Mr Marshall said.

“If you see a police officer during your day, remember to say g’day and thank them for their efforts.”

The NSW Government has committed $583 million over four years to deliver 1500 new police officers – the biggest single increase for the NSW Police Force in more than 30 years.