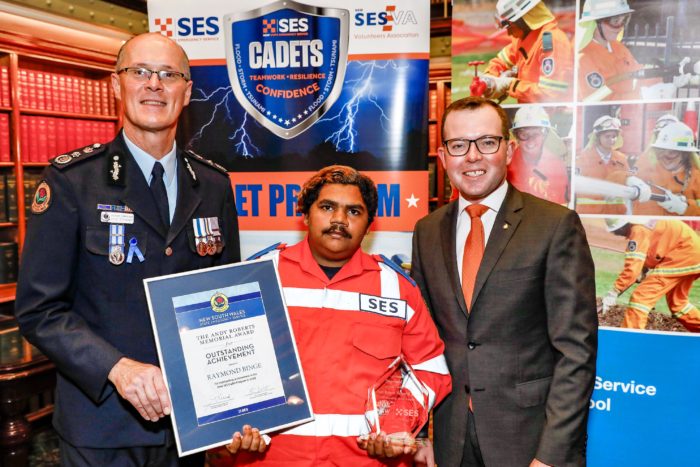 TWO young volunteers from Inverell and Ashford have been recognised for their contributions to the NSW Rural Fire Service and the NSW State Emergency Service at the 2019 Young People in Emergency Services Awards ceremony, held at NSW Parliament House today.

Member for Northern Tablelands Adam Marshall attended the awards ceremony and personally congratulated the pair on their achievements and statewide recognition.

“I am absolutely thrilled for Charlie and Raymond – they done themselves, our region and their families very proud,” Mr Marshall said.

“To receive these statewide awards is a huge achievement and one which recognises not only their passion to serve their communities, but their skills and maturity at such a young age.

“One of the great struggles facing volunteer organisations right across the country is the recruitment of new and younger volunteers, so it is exciting to see Charlie and Raymond leading the way.”

Charlie has been involved in the NSW RFS Secondary Schools Program as well as District Cadet Brigade, where he learned the important skills of a firefighter.

“Recently those skills were put to the test when he supported the Inverell Brigade during the horrific Tingha Plateau fire.

The MP was told by senior SES staff that Raymond has undergone a major change since he took part in the NSW SES Secondary School Cadet Program.

“He was reportedly quiet and shy, but trainers soon recognised his potential and in no time at all Raymond was stepping up and assisting team members, public speaking and taking on leadership roles,” the MP said.

“I congratulate Charlie and Raymond on this achievement and hope they continue to enjoy their service with the RFS and SES for many years to come – and to keep our communities safe in times of strife and emergency.”