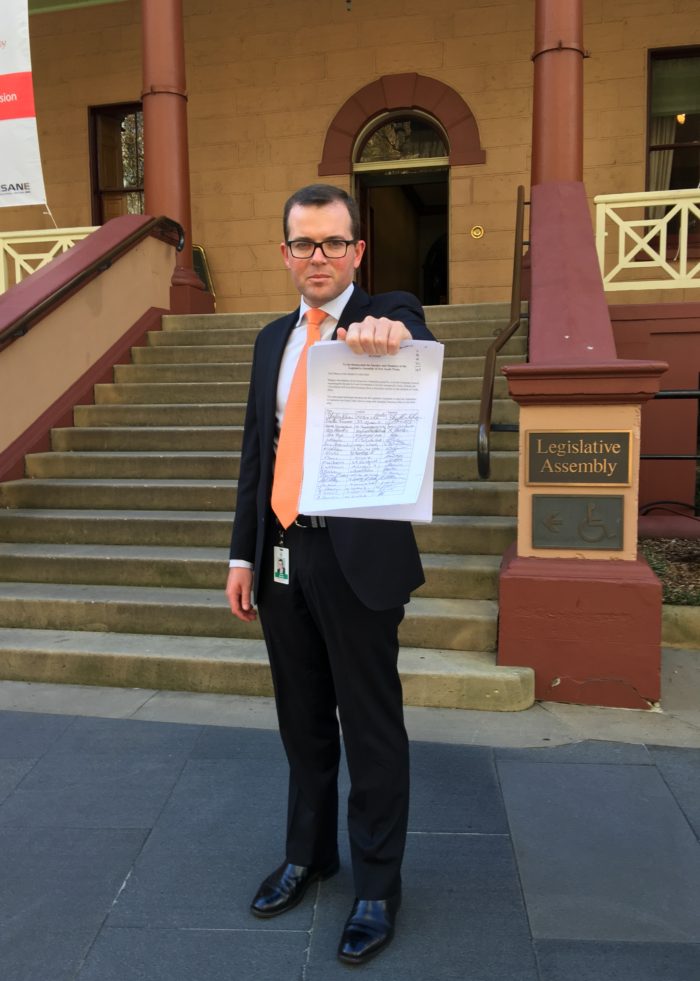 MEMBER for Northern Tablelands Adam Marshall has today tabled a petition of almost 1,200 signatures from the Uralla Shire in State Parliament against the Armidale Dumaresq Council-initiated proposal to merge with Uralla, Guyra and Walcha councils.

Mr Marshall said the Uralla Shire community continued to demonstrate its strong opposition to the Armidale proposal to merge with surrounding councils and this petition was just the latest example.

“The community has turned out in droves at a number of public meetings, backed up by a concerted letter and email writing campaign and voted in a council survey to oppose any attempt to merge their local council,” he said.

“This ‘snap petition’ was circulated for only eight days in the villages of Bundarra, Invergowrie, Kingstown and Kentucky and netted almost 1,200 signatures from residents.

“This is a huge result and is testament to the strong feeling of support to retain Uralla Shire Council as a stand-alone entity and frustration and anger with the proposal and the entire process.”

Mr Marshall said he would continue to back the Uralla community’s opposition to the current merger proposal. He said the case to remain ‘un-merged’ was strong and based on much more than just sentiment and emotion.

“In its analysis last year, the Independent Pricing and Regulatory Tribunal (IPART) declared Uralla Shire Council ‘Fit for the Future’ by on every assessed criterion, except the arbitrary and now disregarded 10,000 population threshold,” Mr Marshall said.

“Local people continue to express to me their support for their council and their anger about the current proposal and the community’s strong views shouldn’t be ignored.

“I thank the Stand Up for Uralla Shire committee for presenting me with the petition and I say to them and all Uralla Shire residents that I’ll continue fighting on your behalf to see Uralla Shire Council continue to stand alone.”