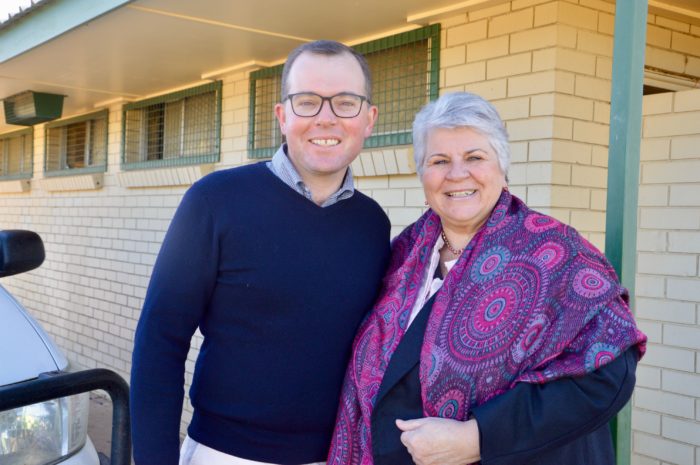 NORTHERN Tablelands MP Adam Marshall has welcomed today’s announcement that the State Government will cover the increased cost of the NSW Emergency Services Levy (ESL) for this financial year, saving councils across the region more than $463,000 in additional costs.

Mr Marshall said this was a huge win for councils and the community, which had been fighting the sudden and enormous last-minute increase to the ESL, for the last few months.

“The sudden fee hike was announced to councils after they had already compiled their draft 2019/20 budgets and I received phone calls immediately from each of the six councils in the Northern Tablelands concerned about what local services they would have to cut to fund this increase,” Mr Marshall said.

“This decision was sprung on councils without any notice and was going to drastically impact the level of services councils would deliver to their communities at a time when everyone is struggling financially due to drought.

“I am delighted common-sense and the strength of our argument has prevailed and this extra expense will nw be picked up by the State Government.”

Mr Marshall had earlier encouraged the region’s councils not to pay the increase, due to the late notice, and instead pay the usual ESL contribution, adjusted for CPI.

“This was portly thought out from the outset and if I was still a Mayor, my council would not have paid the increase,” he said.

“Local government has always been proud to support emergency services and volunteers, locally and across the State, but this was too much to be foisted on councils after the budgets had been finalised.”

The financial impacts of the increase, which will now be covered by the government, would have been:

“Providing support for our firefighters and emergency service workers is important and this announcement today allows the state Government twelve months to work on a new funding strategy,” Mr Marshall said.

“Councils will now be able to redirect those funds to local projects like fixing roads, building footpaths and maintaining sporting fields.”

“The Country Mayors Association has taken a strong stance on this issue and encouraged all councils to talk to their local MPs to campaign against this levy hike,” Cr Humphries said.

“This is a sensible and welcome result that will be a huge relief to our council and many others.”