WARIALDA RIFLE CLUB ON TARGET WITH $10,000 TO IMPROVE FACILITIES 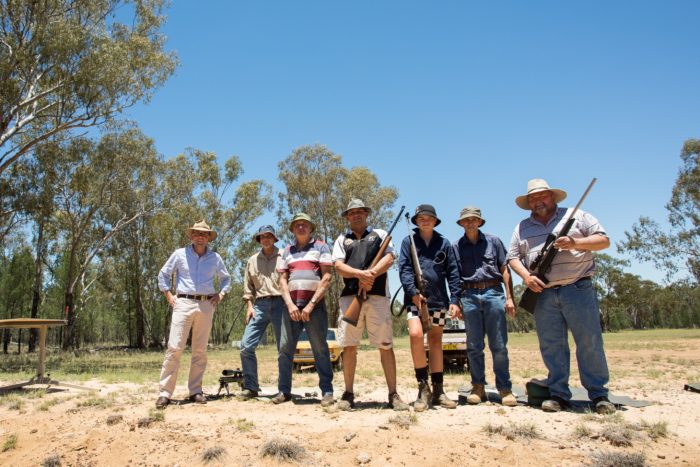 NORTHERN Tablelands MP Adam Marshall says a $10,000 grant will help members of the Warialda Rocky Dam Rifle Club hit their targets on some much softer and more comfortable ground.

Mr Marshall announced the funding, under the State Government’s Local Sport Grants Program, on a recent visit to the range and said the money would target a perennial problem for the club.

“The club will use the funds to upgrade the contour bank that forms the backstops for the range and they will also put some new material down for their firing mounds,” Mr Marshall said.

“Maintaining the height of the backstops and also the firing mounds takes a lot of time, effort and volunteer contributions by a small club – and this funding will fix those issues.”

Club President Paul Perrett welcomed the funding and said it was great news for the club.

“We wouldn’t be able to do these works without this funding,” Mr Perrett said.

“We’re a small club and have been spending more valuable time repairing the erosion we get on the contour banks.”

The club operates with three firing mounds, at the 300, 500 and 600 yard distances on a range of 900 yards. It has a 100 yard contour bank backstop, where the targets hit a big mound of dirt five metres high.

“It’s a backstop on a steep slope and we get a fair bit of erosion, so we’re forever top dressing, but with this funding we can look at a gravel and dirt mix,” Mr Perrett said.

“If we have all soil it washes away but then gravel is not all that much fun to lay on when you’re firing.”

Mr Marshall said the firing mounds were three metres deep and got a lot of erosion behind them, so the new works will achieve comfort and safety in one big hit.

“The Warialda Rocky Dam Rifle Club is an amalgamation of two old clubs but there’s a lot of history behind both of them with the Warialda club formed originally in the early 1900s,” Mr Marshall said.

“There’s about 20 members who come from right across the district to shoot there, including the oldest member Ross Smith, who’s in his mid-80s, to the youngest, Clancy Bowman, who is only 12, with the majority in their 50s.”

Mr Perrett said members who shoot with peep sights have to rest their elbows on hard ground, while those with telescopic sights have a more comfortable pose when it comes to their firepower.

“This is a great result for a small country club providing an outlet for locals of all ages and abilities.”