WE MUST RETAIN QANTASLINK MOREE TO SYDNEY AIR SERVICE: MARSHALL 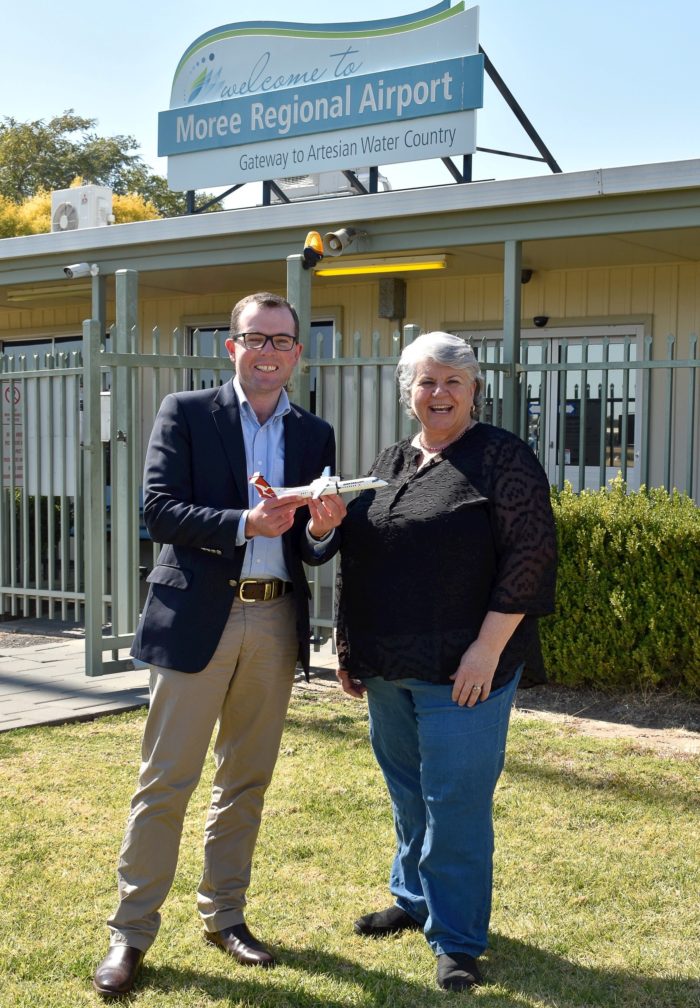 The campaign has begun to lock in QantasLink to service the Moree to Sydney air route for at least another two years, Member for Northern Tablelands Adam Marshall announced today.

Around two years ago Mr Marshall stepped in to keep the critical Moree route regulated – one of only two in NSW – meaning a licence is required to operate air services on the route, creating a guaranteed service for the carrier holding the licence.

That two-year licence, held by QantasLink, expires in September this year and the local MP, together with Moree Plains Shire Mayor Katrina Humphries, is mobilising now to ensure there is not a repeat of the cumbersome and frustrating tender process, which caused so much angst in the community in 2018.

“While most us were confident QantasLink would emerge the winner form that tender process, it was ridiculous when the airline, the community, council and the local MP all desired the status quo to be continued at the time,” Mr Marshall said.

“We cannot go through that rubbish again and I am determined we won’t.

“Moree Plains Shire Council and I have already had very positive discussions with QantasLink and the new Regional Transport Minister Paul Toole to allow the airline to continue to service Moree, with agreement, without another tender process.

“The Moree community needs long-term certainty about it’s air service to Sydney now, perhaps more than it ever has before.

“The Moree Plains Shire is an important agricultural centre so it is crucial regular passenger air services are secured for the long term.

“The community should have the right to allow their favoured carrier to continue operating beyond the contract period in September, for many years.”

Mr Marshall said he was hopeful of receiving some advice shortly from the Minister, which would guide the next steps he and council would take.

“The Minister understands our case and that it’s in no-one’s interests to put the community through the wringer again,” Mr Marshall said.

“Minister Toole gave us a commitment that he would investigate his ability under the legislation to extend the licence and also have his department talk formally with QantasLink.

“I applaud the community and council for the strong unwavering support and interest in achieving the best outcome possible for Moree.

“Rest assured that I’ll do everything I can to ensure then continuity of air services to Sydney.

“I’ll update the community again when I hear back from Minister Toole.”