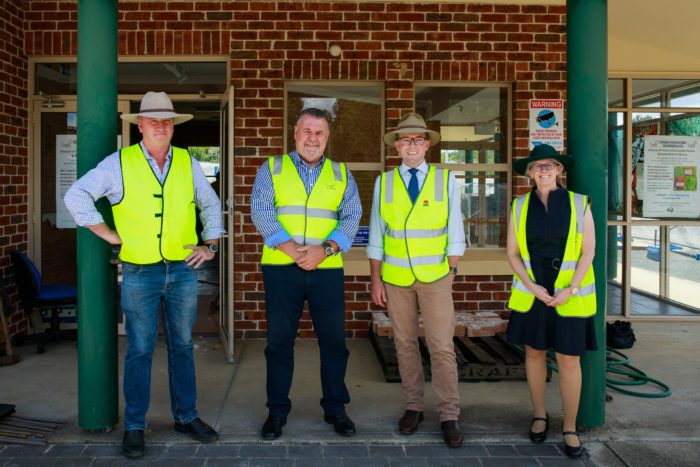 Mr Marshall said the redevelopment would increase the centre’s visibility to traffic.

“Uralla is the first town travellers from the south arrive in after climbing the Moonbi Range, and as such really is the ‘Southern Gateway to the New England,” Mr Marshall said.

“The Uralla visitors centre plays an important role in promoting sites and activities across the entire New England, however due to its current configuration there is limited space for local produce and tourism displays.

“That will be rectified with the removal of a number of walls to create a more open and inviting space for visitors and staff.

“To provide a relaxing place to stop and have a cuppa, a garden area will also be built at the building’s rear, in the existing grassed area, in front of the library.

“The garden will have a small waterfall and native ground covers, shrubs and small trees planted throughout, with plans to include a ‘bush tucker’ area with interpretive signage providing information on traditional food sources utilised by the local Aboriginal community.

“Benches will be constructed from old bridge timbers stored in the council depot and the existing disabled carpark is upgraded to comply with the standard.

“This is an exciting development, which I think will greatly increase the number of people stopping into the visitor centre and choosing to stay and make the most of Uralla’s hospitality.”

“The VIC improvement project will boost our visitor services to the Uralla Shire by providing an attractive centre and increased services for visitors to the Shire,” Cr Pearce said.

“Council has put in a lot of planning on this project and has worked with the community to fine-tune the project scope to deliver a great outcome for the Uralla Shire community, and we are pleased to see the project come to fruition.

“We’d also like to take this opportunity to thank the State and Federal Governments for their continued support and advocating the needs of the Uralla Shire.”