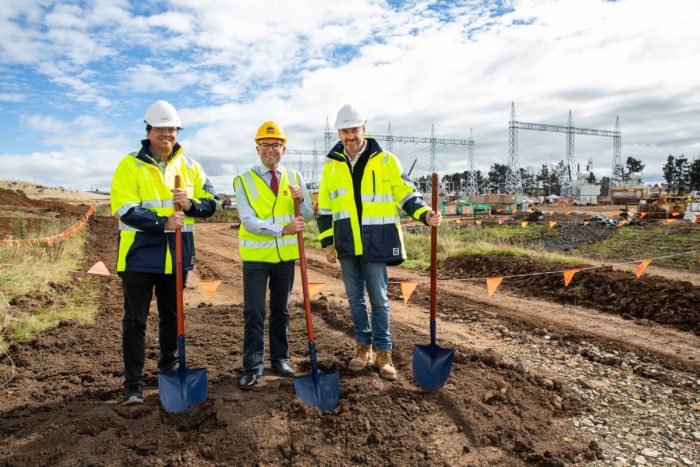 In 2020, the State Government provided the New England Solar Farm proponents with $12.5 million to support the construction of the battery, which ensures the solar farm can dispatch energy into the grid at any time of the day and night, when required.

“This is another huge coup for our region and demonstrating the New England Renewable Energy Zone (REZ) is delivering innovation, infrastructure and industry at a rapid fire rate,” Mr Marshall said.

“As a region, we’re continuing to lead the transition to new energy generation and storage.

“For the first time in our region’s history we are on the cusp of becoming a net exporter of energy, but just as significant is the need to significantly increase our ability to store what we generate and release it when electricity demand is high.

“The Battery Energy Storage System (BESS) has been included in the project’s first stage and will be built alongside the solar farm.

“Construction on the battery is expected to take about 12 months and is being built across two solar fields.

“During peak construction 50 jobs will be created with three ongoing roles once the technology is commissioned.

“With capacity to scale up to 200 MW with two hours of storage capacity, the BESS will be capable of dispatching energy to the grid at times of high demand, powering approximately 100,000 homes, further progressing the region’s goal of becoming a net exporter of renewable energy.

“I congratulate all contractors to date which have delivered the initial roads and infrastructure required to support the solar farm’s construction.

“Solar energy combined with battery storage is a clean, reliable, cost effective way of supplying NSW homes with their energy needs into the future.”

Once the entire 720 MW project is complete, it will produce around 1,800,000 megawatt hours of clean electricity each year – enough to power about 250,000 NSW homes.