WORK TO BEGIN ON $270,000 UPGRADE TO TOOMELAH PUBLIC SCHOOL 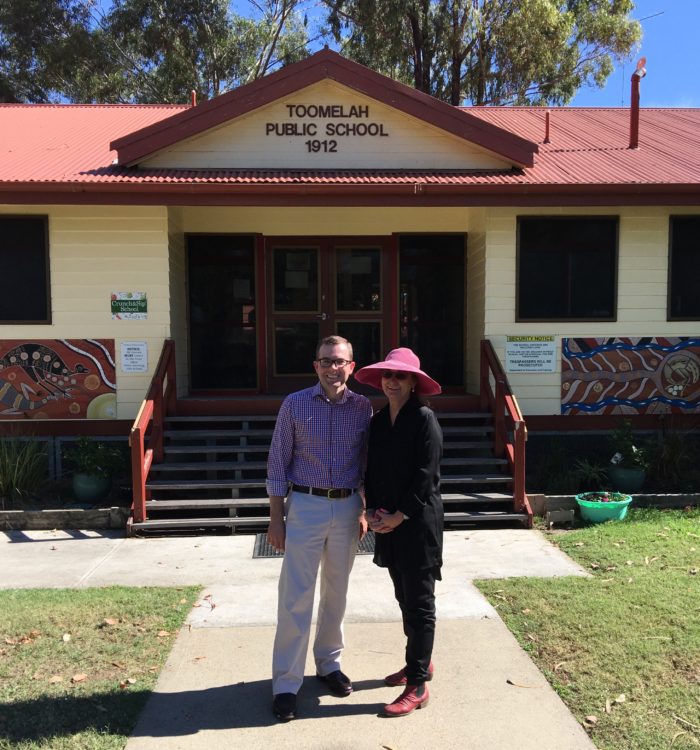 Mr Marshall visited the school recently and met with staff and students who were delighted with the news and looking forward to the work beginning.

“This is very good news for Toomelah, it’s an excellent little school and I’m sure this maintenance work will give the school community another great boost,” Mr Marshall said.

“Maintenance work will begin on the administration building and include painting, repairs to the guttering, verandahs, stairs and concrete pathways.

“The funding is being delivered as part of the Connected Communities Program and the work is expected to be completed by the first day of Term 3.”

This funding is on top of the $50,000 which will be spent constructing a new covered outdoor learning area (COLA) over the infants play area after Mr Marshall received an impassioned letter from Year 2 student Charles Woodbridge, which he took to Education Minister Adrian Piccoli.

“Around $58 million has been spent on maintenance and capital improvements projects in schools within the Northern Tablelands over the last four years so I’m pleased Toomelah has reached the top of the list and it’s maintenance issues are now about to be addressed,” Mr Marshall said.

“Since 2011 the state government has invested more than $4 billion in school infrastructure across NSW to ensure students have the best possible learning environments.”

“In just over four years, 23 new or relocated public schools have been funded and 50 major upgrade projects announced – this includes the $15 million rebuild of Moree East Public School, which will be completed in October, and the $1.1 million revamp of Glen Innes High School,” he said.