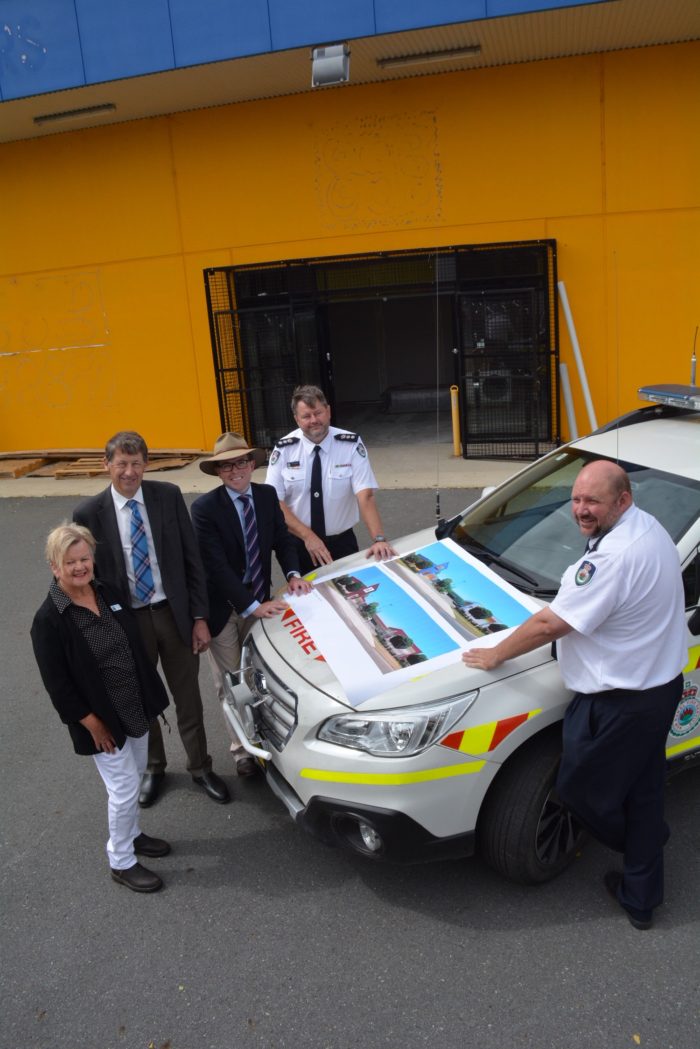 WORK to build a new $2.4 million nerve centre in Glen Innes for NSW Rural Fire Service (RFS) operations across the Northern Tablelands is underway, with the town’s former Betta Electrical building now being transformed into a state-of-the-art emergency management and bushfire control facility.

“When completed, the fire control centre will manage bushfires in the Inverell, Glen Innes Severn and Tenterfield local government areas, keeping watch over almost 400,000 hectares of national parks and forests.

“The centre will provide centralised management that will prove crucial during major fire events, while the included brigade station will improve comfort for RFS staff and volunteers throughout the year.

“It will also have the capacity to act as the control centre for all emergency services during any natural or man-made disaster.

“Significant fires like the November 2009 fires have shown that the Northern Tablelands currently lacks sufficient facilities to properly handle major fire incidents, so this facility can’t be completed soon enough.”

Mr Marshall said the old Betta Electrical building on Lambeth Street had been chosen for the new Headquarters from 17 potential sites in Glen Innes.

“The existing Bourke Street facilities have served the community well, but are almost 110 years old and have become cramped and insufficient for handling the logistics of modern firefighting,” Mr Marshall said.

“Since its construction in 1908, the Rural Fire Service has changed considerably, with remote fire management and an emphasis on aerial water bombing operations, hazard reduction burns and forward planning.

“This larger and more accommodating building will be designed in consideration of the RFS’ new nature, consolidate existing remote services and prove a far more comfortable station for the Glen Innes Brigade.

“Glen Innes Severn Council has been an effective supporter of these upgrades and I thank them not only for their continued advocacy but their $1.1 million capital support to provide the land and structures, which will be reimbursed.”

Mayor Steve Toms said the town would serve as an effective base of operations during intense fire activity.

“The central location of Glen Innes within the Northern Tablelands zone and the availability of an existing site with sufficient space, ticked all the boxes in terms of position and cost,” Cr Toms said.

“It is great to see a productive re-use of former commercial buildings into an RFS Control Centre that recognises Glen Innes as a central location in the Northern Tablelands high country.”