WYTALIBA PUBLIC SCHOOL TO BE REBUILT FOR START OF TERM 1, 2020 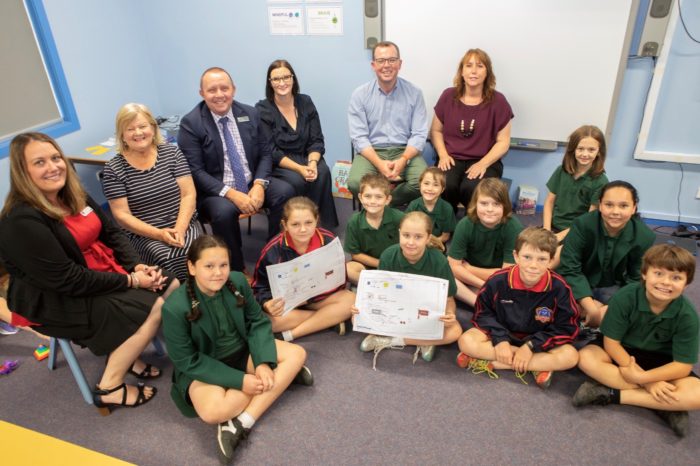 A MODERN playground, covered outdoor learning area, teachers’ space and library will all be included in the new Wytaliba Public School, Northern Tablelands MP Adam Marshall and Minister for Education Minister Sarah Mitchell announced this week at a meeting with educators and students from the fire-ravaged community.

Mr Marshall said the 13 students from Wytaliba were attending classes at Red Range Public School until the new school was built.

“Wytaliba Public School was a real focal point of the community and its destruction during the Kangawalla fire has been greatly felt by students and parents alike,” Mr Marshall said.

“It’s exciting to hear over the six-week Christmas break builders will get stuck in to clear away the debris and start rebuilding what will be a nearly brand new facility.

“Luckily, a lack of hazardous materials on site has meant the rebuild can start quicker than expected, with the project hoped to be finished by the start of Term 1 next year.

“The new school will include a new toilet block installed closer to the classroom and extensive ground works undertaken to make a larger level play space for the students.

“While the former Wytaliba School held a special place in the hearts of many this new, modern facility will ensure local children receive the best possible education into the future in an even better school.”

Mr Marshall said it was humbling to see the bravery and stoicism being shown by the children, especially those whose families lost their homes.

“Many of these brave kids had to be evacuated as the fire emergency swept through their community and are now living with their families in motels,” he said.

“This has been an incredibly traumatic time and while specialist counselling has been made available to the school community I am going to continue to work with relieving Wytaliba Principal Kelly Murphy to ensure everyone is getting the support they need.

“I really want to thank Principal of Red Range Public School Nicky Hutton for the way in which she and her students have embraced and welcomed their peers from Wytaliba during this incredibly tough time.”