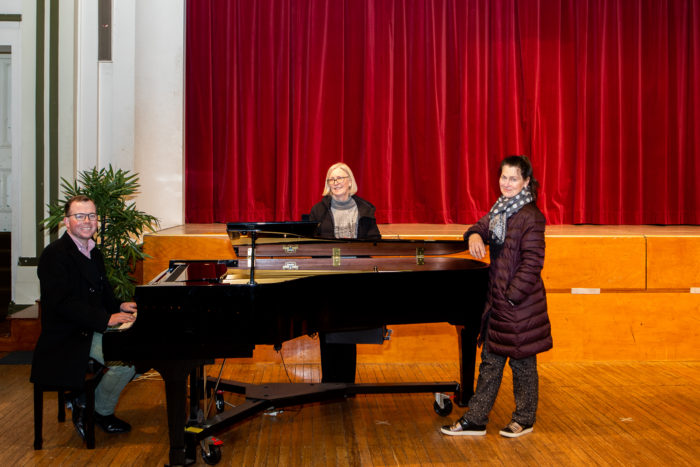 THE musical extravaganza New England Sings will be back bigger and louder than ever next year, thanks to a $10,000 State Government grant, announced today by Northern Tablelands MP Adam Marshall.

Mr Marshall said New England Sings had put the region’s performing arts sector on the map and he was looking forward to its return next year, after the 2020 program was cancelled due to COVID-19.

“It is music to my ears to hear the New England Conservatorium of Music (NECOM) is already putting together a program and working out how to make this iconic event reach more school students than ever before,” Mr Marshall said.

“Our region has some of the most talented aspiring musicians in regional NSW, and it’s just been so disappointing they haven’t been able to perform to their full potential this year due to coronavirus restrictions.

“To make sure as many students as possible have the chance to participate, this grant will subsides travel costs for outreach schools, ensuring they can make the most important final days of rehearsal.

“Given the negative economic impact of prolonged drought, bush fires and the pandemic this will really be a high note for school children and their parents heading into next year, and personally I can’t wait to see them raise the roof at Lazenby Hall.”

“Since the inaugural New England Sings in 2010, the showcase has offered young people, from a diverse range of backgrounds, the opportunity to express themselves and be heard,” Ms Arter said.

“NECOM is to again giving students the chance to get on stage in front of a real audience, so they can build their performance skills and develop their confidence.

“Already we have works commissioned from leading Australian composers and artists including Luke Byrne for the secondary choir and Justine Clarke, of Play School fame, for the primary choir.

“The Side by Side choir for teenagers living with disability will also participate in the project and perform with the mass primary and secondary choir.

“Come October 2021, it will be incredibly uplifting to see more than 800 students from 30 schools again pack into Lazenby Hall and raise their voices together after what has been such a difficult time.”