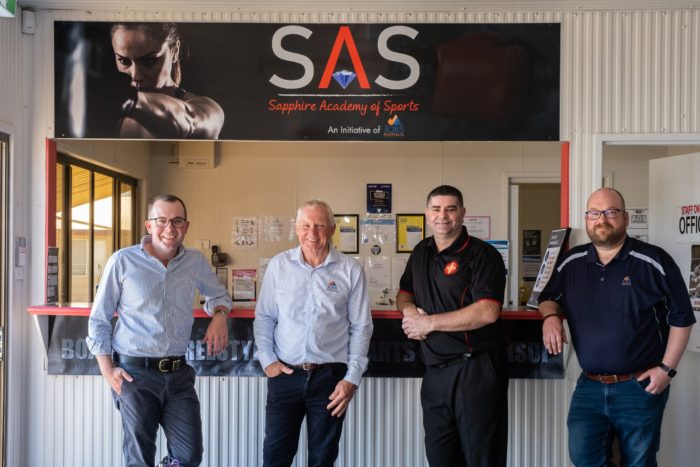 INVERELL’S Sapphire Academy of Sport will be in a strong position to ‘kick-start’ 2021, after Northern Tablelands MP Adam Marshall this week announced a $19,900 State Government grant for the martial arts gym to purchase new training equipment.

“Using this grant the gym will buy a number of new pieces of technical equipment, including kick pads and state-of-the-art Boxmaster A Tower.

“With 159 members already, trainers are hoping the new equipment will drive up interest in martial-arts based sports, while allowing them to offer an even greater range of fitness opportunities.

“The new equipment will be purchased and installed by March next year.”

Mr Marshall said the equipment would also be used to enhance the academy’s self-defence program, empowering victims of domestic and family violence.

“Sapphire Academy of Sport is playing its part in Inverell’s White Ribbon campaign, offering self-defence training classes to those who feel the need to protect themselves,” he said.

“Previously, the gym has relied on a self-defence specialist to attend these courses and provide a specialised instructor suit, which allows participants to test their techniques safely on another person.

“The gym will buy its own suit meaning it can increase the number of self-defence courses conducted and teach the course in a way that is realistic.”