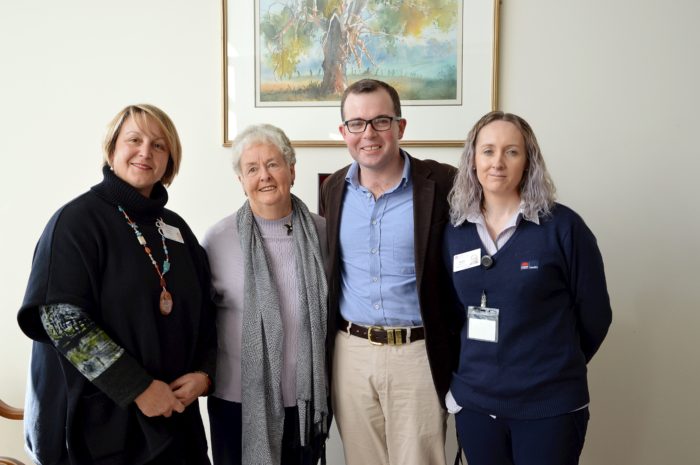 A NIGHT focussing on the health of men in the Guyra district has received a boost with $5,000 from the NSW Government to help advertise the evening and provide transport to and from the event, Northern Tablelands MP Adam Marshall announced today.

Mr Marshall said Guyra’s Local Health Committee had identified men’s health in the region as a key priority area and the health night in October this year, was designed to bring men together for a relaxed evening to talk about their health and wellbeing.

“I know all too well that men often shy away from talking about health issues and tend to avoid having basic check-ups,” Mr Marshall said.

“Nights like these help break down that reluctance to speak about health issues and give men a chance to engage with health topics specific to them.”

The guest speaker on the night will be former NRL and rugby union international Wendell Sailor, who since his retirement, has been helping raise awareness of men’s health issues by travelling around Australia talking about health topics that men still see as taboo – such as prostate health, testicular cancer and depression.

“There will also be presentations from local clinicians and other health service providers,” Mr Marshall said.

“Events like these are incredibly important to communities. The opportunity to hear from an elite athlete and the informal interaction between locals and doctors makes this a social outing that also achieves a key outcome – keeping men thinking about their health, and not brushing it off with a ‘she’ll be right’ attitude.

The funding was secured as a discretionary grant from Minister for Health Brad Hazzard after Mr Marshall approached him on behalf of the Local health Committee.

“This funding means that the night can be expanded in scope, a better PA system can be hired and the cost of the venue and catering is now fully covered, meaning the committee can use its funds for other local activities,” Mr Marshall said.

“This event is shaping up to be a great night and I encourage all local men to head along in October.”

The Guyra Men’s Health Night is on 19 October at the Ben Lomond Hall, with free bus transfers from Guyra. RSVP by 5 October to Alisa Kennedy on 02 6738 4045 or hnelhd-lhcguyra@hnehealth.nsw.gov.au