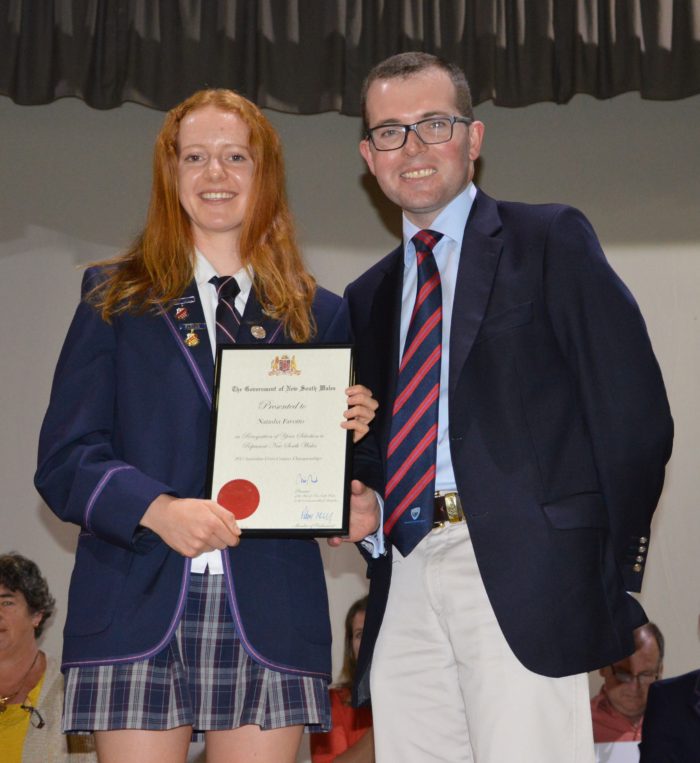 Mr Marshall said the Armidale High School sports captain was a member of the NSW All Schools Team which contested the national championships, after blitzing the state championships, claiming the 17 years 4 kilometre event by a 20 seconds.

“Natasha is an impressive and mature young woman who’s running continues to go from strength-to-strength – her achievements in the last 12 months have been remarkable,” Mr Marshall said.

Natasha has been a multi-medallist in the 1500 and 3000 metre events at a state level, often running against women two and three years her senior.

“While Natasha hasn’t medalled yet at a national level, she finished fifth in the 20 years women’s 800 metre event at the recent junior championships – a wonderful achievement,” Mr Marshall said.

“Whether it’s at cross country, or on the track, Natasha is a superb athlete who continues to improve.

“Natasha has a busy year of training and competing, all on top of her studies to complete the HSC this year, which just highlights her commitment and dedication.”