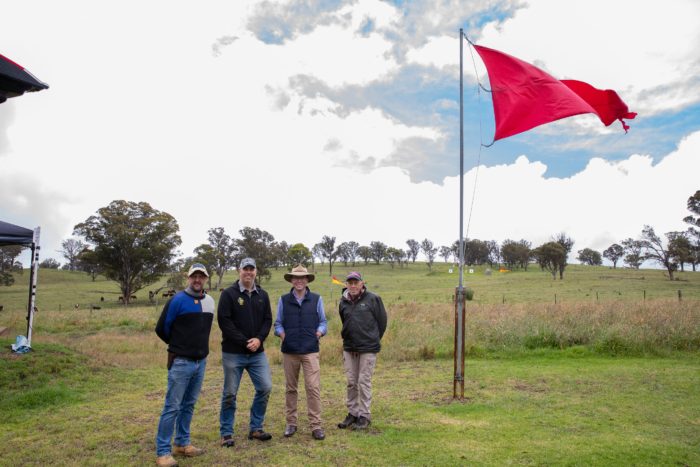 ARMIDALE Rifle Club will soon boast one of the most digitally advanced shooting ranges in the region, with Northern Tablelands MP Adam Marshall today announcing a $21,000 State Government grant for the purchase new electronic shooting targets.

“These targets are the absolute gold standard for competitive rifle shooting and now Armidale has four to fire at,” Mr Marshall said.

“The targets have sensors that detect the exact location where the bullet hit and relays that information wirelessly to both the shooter and scorer on small laptops.

“That information is then uploaded to the Hex Systems website, where progress of the shoot can be viewed in real time and be reviewed later.

“With four Hexta targets in play, not only will competition time be halved but it will also allow the club to conduct open prize meets which will attract people from all over the state.

“Using the skills of tradesmen within the club’s membership, the new targets will be installed over summer, with all materials used to retrofit the targets to the existing infrastructure to be bought locally.

“Regional sporting events have a huge role to play in firing our economy back up after the COVID-19 shutdown.

“I am extremely supportive of any club which wants to improve its facilities to a standard that allows them to hunt down hosting rights for events that attract people and dollars to the area.”

Armidale Rifle Club Captain Matt Foster said he welcomed the move away from the days of having to manually mark targets.

“Up until six years ago, after every competitor’s shoot, someone had to walk to the end of the range and manually mark the score, this being a very slow process requiring considerable volunteer power,” Mr Forster said.

“In 2014 the club secured a grant which allowed us to purchase the first two electronic targets and since then our membership has increased rapidly.

“We hope having four targets will assist efforts to host an Open Prize Meet in 2021, which we expect will attract over 100 shooters and their families to our part of the world.

“The Armidale Rifle Club currently has 35 members, around the same number of temporary shooters and our range is used by a number of other local groups like NEGS’ rifle team – all will benefit from the installation of these targets.

“We would like to thank Adam very much for his help with this grant and for his continued support for the Armidale Rifle Club, it is greatly appreciated.”