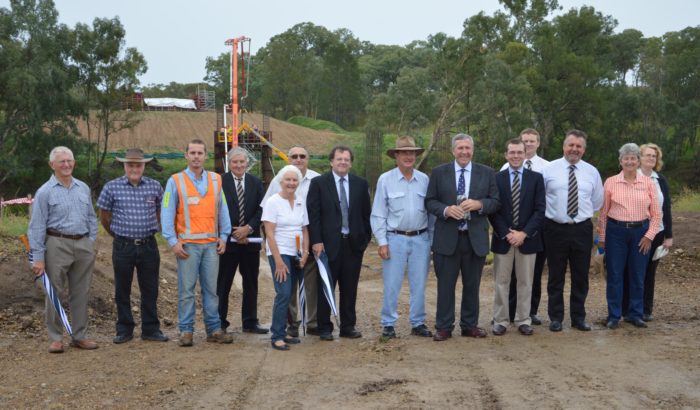 The Minister made the announcement while inspecting with Mr Marshall the $4.2 million Emu Crossing Bridge upgrade about 4 kilometres south of Bundarra on Thunderbolts Way.

“Since coming to office in March 2011, the NSW Liberals & Nationals Government has committed, on average, $58 million each year to building roads and bridges across the Northern Tablelands, which equates to a 30 per cent increase on Labor’s last year in office,” Minister Gay said.

“The NSW Government is going hell for leather to improve roads and bridges across the entire length and breadth of country NSW, including historic levels of state grants to regional councils.

“Emu Crossing Bridge is located on the only direct transport and freight route between the towns of Bundarra, Bingara, Warialda and Inverell to Armidale, including the Armidale Airport. It is also the most direct and quickest route for the people of the Northern Tablelands to Newcastle.”

Member for Northern Tablelands said Uralla Shire Council, who is doing the work, is on track to be complete the project in May this year. The two-lane bridge will also provide flood immunity for a one-in-50-year flood event.

“Major building work is progressing on the bridge, which will span 150 metres. Work on the approaches to the bridge has already started and piling for all three piers is complete.

“The next stage of building work will involve work to install the bridge piers and abutments. Right across the Northern Tablelands we are seeing work being done on our region’s roads.

As part of Rebuilding NSW Plan we are taking to the March election, $3.7 billion will be invested in country highways, roads and bridges including $2 billion towards a Regional Road Freight Corridor Program for upgrades on the New England, Newell and Golden highways.”

“I can proudly say that if given the opportunity the Nationals will continue to deliver for the people and businesses of country NSW.”