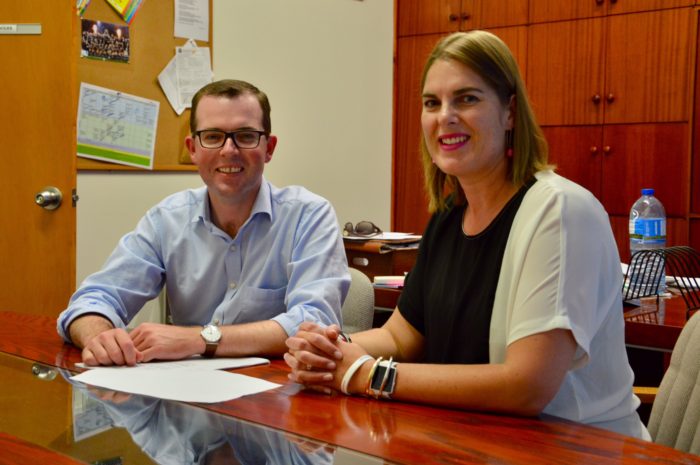 CULTURAL understanding is far from a holiday tradition – for a cohesive and approachable society, we all need to share the goals of empathy and diversity each day of the year, according to Northern Tablelands MP Adam Marshall.

“But even so, Harmony Day is special – it’s a time to reflect on how many different parts contribute to the whole, and thank the many different cultures and people that make our region special,” he said.

Mr Marshall has announced $5,000 funding from the NSW Government to enhance the event, which he says hasquickly become a Glen Innes tradition.

“Although Celtic history is it’s lifeblood, the Glen Innes community welcomes people from all cultures and walks of life,” he said. “Harmony Day is a great way to celebrate the many people that go into making Glen Innes a diverse town, through food, music, dance and art.”

“The wonderful thing about last year was the range of people who came,” Ms Parry-Jones said. “There were people from Noumea, Fiji, Pakistan, Japan and PNG and quite a few of those were mums with small children – and from that occasion, they now meet regularly. From providing a welcoming space, they realised they have a lot in common”

This year, it will be observed nationwide on Tuesday, 21 March – with the Glen Innes event to be held on Sunday, 19 March.

Through the Multicultural NSW Celebrations Program, the government has committed $5,000 to allow the Glen Innes based event to grow.

“This money will help Arts North West expand the already extensive repertoire of workshops and cultural displays. The state government is committed to helping events that bring communities together and showcase the benefits of cultural diversity,” Mr Marshall said.

“The funding has enabled us to ask Linsey Pollak to bring his newly formed Balkanic band to Glen Innes. He’s a very well-known multi-instrumentalist and often performs with musicians around the world,” Ms Parry-Jones said.

“It’s a free event, and last year we held it, Refugee Welcome Glen Innes volunteers paid for a lot of goods out of pocket. This year, we’ll pay for the supplies, and we’ll have a bit of a budget to offer world food, and more in the budget for art supplies”