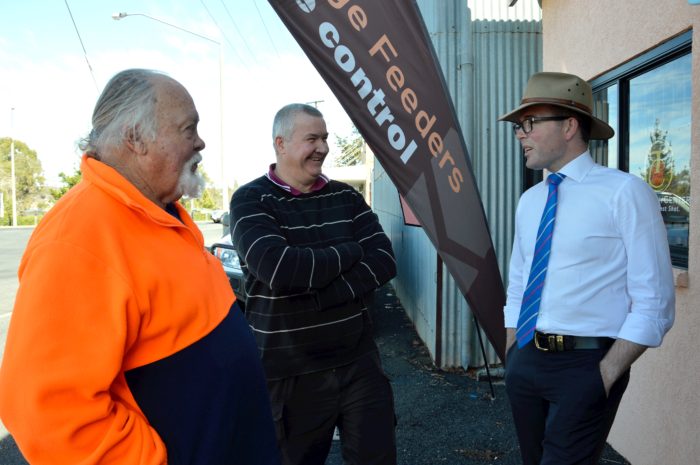 MEMBER for Northern Tablelands Adam Marshal says grant funding of nearly $26,000 from the NSW Government has really hit the mark for seven local shooting clubs across the region, allowing them to improve safety.

Mr Marshall said sporting shooters who use ranges at six sites will share in funding from this round of the NSW Safe Shooting Program grants to target a new firearms and licensing online network called Falcon.

“The grants will allow the clubs to connect with new Falcon system developed by the NSW Firearms Registry by giving them capital investment funding for the resources to do that, mainly through IT infrastructure like computers, hardware and software and internet access,” Mr Marshall said.

“The successful organisations include hunting and shooting, pistol, sporting shooters, rife and gun clubs who use ranges and complexes at Glen Innes, Warialda, Armidale, Inverell, Moree and Emmaville.

“Hundreds of shooters across the region enjoy their recreational sport and these eight grants will increase the opportunities others have to safely participate in a range of sports shooting but also improve the standards and quality of those shooting facilities for everyone and ensure compliance so everyone can feel safer.”

Eight grants totalling $25,778 have been approved across the Northern Tablelands.

The Inverell-based Rangers Hunting and Shooting Club, which uses a range at Emmaville, hit the bullseye with two grants totalling $7,833 to hit the ground running with Falcon reporting requirements but also to upgrade an existing firing line located on a hill with a steep incline.