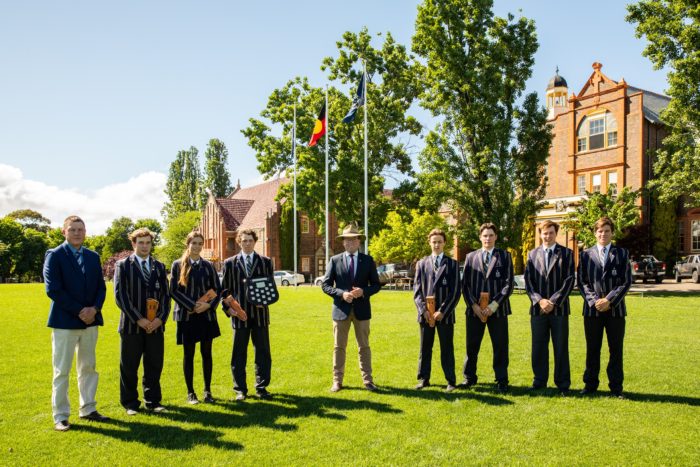 “Last year students were tested by drought conditions – this year was equally as challenging as students prepared their Property Plans only using maps, photos and written resources as COVID-19 made it impossible to run an on-farm field day,” Mr Marshall said.

“Students were set the challenge of developing a management plan for the property ‘Brookfield’, located at Guyra.

“Property owners Darryl and Leanne Savage were delighted to support the initiative that involved students drawing up management plans to make their enterprise both economically and environmentally sustainable.

“The innovative ideas presented by the students included everything from stand on weighing systems, to technical solutions employing drones and many apps available to landholders.”

Mr Marshall personally congratulated Tom Scifleet and Hamish Pearce, from The Armidale School, who were crowned competition winners, as well as Jessica Wright, from Glen Innes High School, who was named Reserve Champion.

“It is really important for our next generation of farmers to experience firsthand the trials and tribulations of life on the land and I’m confident, through the ideas shown, that the future of farming in our region is in safe hands,” Mr Marshall said.

“While the number of participating schools and entries were down due to COVID-19, the standard of entries was through the roof this year.

“All students quite obviously put an enormous effort into their property plans – the judges even commented that some of the entries were of a professional standard.

“They definitely took on board the aims and objectives of the landholders and even considered the fact that they don’t live on-farm, recommending practices such as remote livestock sensor and camera monitoring technology.”