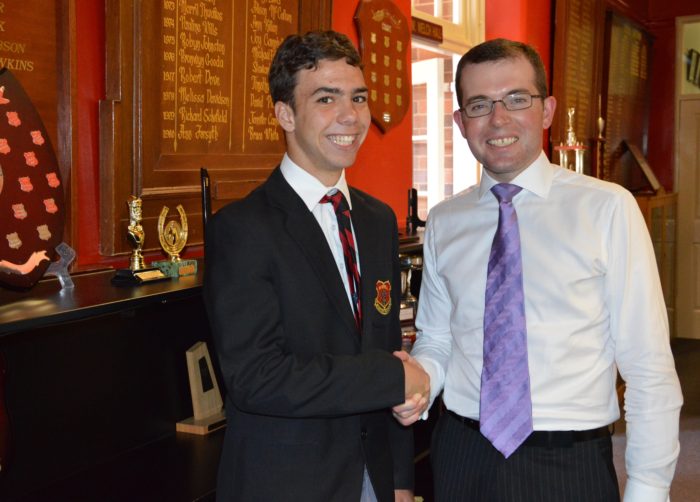 Mr Marshall said that Declan, who last year was appointed as one of 12 young people to the NSW Youth Advisory Council, would continue the fine tradition of high quality youth MPs in the parliament speaking up and speaking out about issues affecting young people in the region.

“As part of his role representing the Northern Tablelands, Declan will participate in a number of lead up workshops with committees and his fellow 92 youth MPs before spending a week in the NSW ‘Bear Pit’ in July,” he said.

“I congratulate Declan on his selection to resent our region. He is an impressive young man who will benefit greatly from the Youth Parliament program and be a wonderful ambassador for Northern Tablelands.”

“It is a place where the opinions and concerns of young people in NSW are heard by those who have the power to make laws. Run by young people, for young people, the program aims to promote youth-led advocacy, active community leadership and legal and parliamentary education,” he said.

Running from January to July each year, the Youth MPs work in committees of 8-10 young people from around NSW to propose solutions to an issue the committee is passionate about.

“Participants are given opportunities to learn, develop and up-skill, including workshops focused on parliamentary knowledge, teamwork and leadership,” Mr Marshall said.

“I’m looking forward to seeing Declan participating in this year’s Youth Parliament and debating legislation on the floor of the oldest Parliament in Australia,” Mr Marshall said.