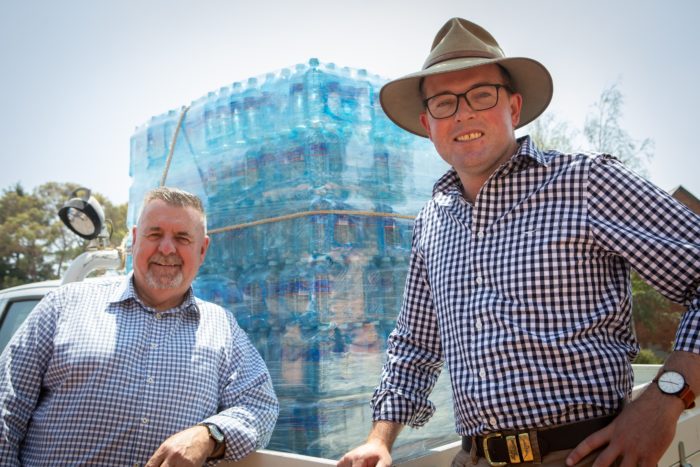 THE ‘Do Not Drink Alert’ in place on Uralla’s town water supply has been officially lifted, with Northern Tablelands MP Adam Marshall welcoming news arsenic levels have finally returned to below the required national safe drinking water guidelines.

The alert on Uralla’s water supply was lifted at noon today.

Mr Marshall said it would come as a huge relief to the community knowing water from their taps was once again safe to consume.

“For more than four months the community of Uralla has relied on bottled water for drinking and cooking, but today their patience has been rewarded with the ‘Do Not Drink Alert’ lifted, meaning they can get back to some normality again” Mr Marshall said.

“Uralla Shire Council staff have worked non-stop to install a granular activated carbon (GAC) filter, funded by a $1.27 million State Government Grant, on one of the two filters at the water treatment plant at the Kentucky Creek Dam.

“Pleasingly, that upgrade has yielded the results we all hoped for with NSW Health and the Department of Planning Industry and Environment giving final approval for the alert to be lifted, after number of weeks of consistently compliant water quality results.

“While it is great news arsenic levels are now being managed it is important investigations into the original source of the contamination continue, so steps can be taken to stop something like this happening again.”

Mr Marshall said over the duration of the alert, the community used 953,280 litres of bottled water, at absolutely no charge to the council or ratepayers.

“The co-ordinated distribution of bottled water to residents was a major effort by Council and I congratulate its staff and the volunteers who made sure the community remained hydrated over the period,” he said.

“The State Government covered the entire cost of purchasing and transporting bottled water to the community, which was a huge financial weight off council’s shoulders.

“Uralla’s business community, in particular its cafes and eateries, were hit hard by the water issues and I thank them for their co-operation and perseverance during this difficult time.

“The bottled water distribution will close from this evening with residents no longer able to pick up water from Foodworks Uralla or the Invergowrie Store.”

Council will retain the current water restrictions at Level 5 until further notice.