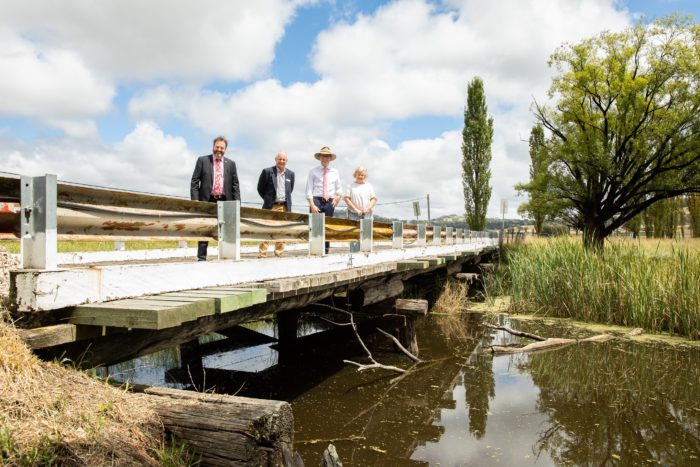 The funding has been secured from the first round of the State Government’s $500 million Fixing Country Bridges program.

Mr Marshall said the forced closure of Furracabad Creek Bridge by council in February 2019 had implications for local residents and school bus operators who have had to travel via longer alternate routes on unsealed roads.

“Due to considerable age, timber rot and structural faults the bridge had to be closed and blocked off,” Mr Marshall said.

“In some instances, the closure added an additional 30 kilometres to locals’ round trip into Glen Innes as they detoured via Cherry Tree Road.

“This grant covers the total cost of removing the old bridge and constructing a new four-span concrete foundation bridge, which will be more durable and able to handle heavy vehicle traffic from surrounding properties.

“Council plans on undertaking the work next financial year and ensure the project is completed by local contractors, assisting to create jobs and further develop the bridge construction industry that is developing within Glen Innes.”

“This considerable grant enables the delivery of the Furracabad Bridge project that council simply did not have the means to provide under other funding streams,” Cr Sparks said.

“Council has been proactively replacing our existing timber bridge foundations with concrete over the last five years.

“This funding will enable council to remove the last of the problematic multi-span timber foundation bridges across our local government area.”

Successful applications are timber bridges, located on a council-managed road which are not a heritage or truss bridge and are a priority asset to council. A second round of the program will be offered later this year.